From frustration and points to the roller coaster of emotions: The weekend was mixed for the team around Timo Bernhard 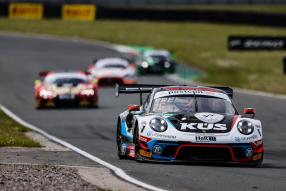 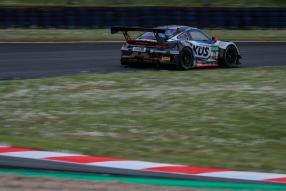 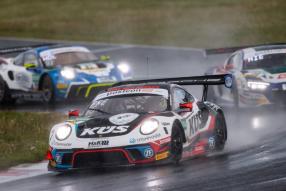 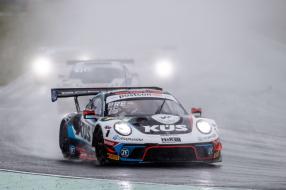 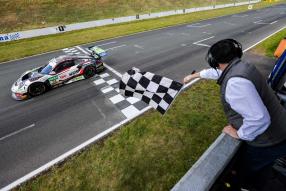 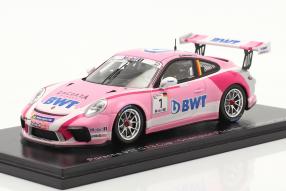 Actually, it is said that luck is at the side of the able, but on the first weekend of the ADAC GT Masters 2021, the gaze of the goddess of luck Fortuna seemed to have been clouded by the rain clouds, among other things: The season opener was quite disappointing for the KÜS Team Bernhard. Christian Engelhart (34) from Starnberg and Thomas Preining (22) from Austria had to give up the race on Saturday in the Porsche 911 GT3 R with starting number 75, while Jannes Fittje (21) from Langenhain and Luxembourg's Dylan Pereira (23) in the sister car the number 74 brought in good championship points with twelfth place. After a rather disappointing qualifying on Sunday, Engelhart and Preining finished eighth. The number 74 crossed the finish line in 14th place with Fittje and Peirera. Thomas started from position 14; Dylan from eleven. Let's go into detail.

The qualifying of the League of the Super Sports Cars on Saturday did not go as planned and had to be interrupted with a red flag in the decisive phase. Defending champion Christian Engelhart managed at least one place in the top ten with ninth place; Jannes only reached 18th place, but was just a second slower than pole time. Overtaking is extremely difficult in Oschersleben! Shortly before the pit stop window opened, a downpour also caused chaotic track conditions for a short time. After several rides off the track, Christian fell far behind and handed over to Thomas in 20th position. The Porsche works driver soon had to give up, the front splitter and the underbody of the 911 were too badly damaged. Jannes came to a stop in 13th position.

Dylan then fought his way up to twelfth place in his stint and scored his first championship points. The Sunday race of the ADAC GT Masters, the International German GT Championship, turned out to be a rollercoaster of emotions for the KÜS Team Bernhard from Landstuhl. The weather conditions were crucial for the course of the race. The race started in pouring rain: Thomas got rid of the qualification frustration and plowed through the field to fourth place. Dylan was also able to finish ninth in the wet. When the series of mandatory pit stops began, the rain had stopped, but the track was still very wet. Accordingly, both No. 75 and No. 74 remained on rain tires. Which initially paid off. Christian was now third, Jannes seventh.

Since the track dried up unexpectedly quickly, the two fell back further and further. Christian still collected valuable championship points in eighth place. Jannes even had put on profileless slicks at an additional stop and managed to jump into the point ranks with place 14. Raffaele Marciello and Maximilian Buhk won the Saturday race for the Mann-Filter Team Landgraf HTP / WWR in the Mercedes-AMG GT3 Evo No. 70 who crossed the finish line after 41 laps and 1:02:17.485. Their best time on the 3.667-kilometer circuit of the Motorsport Arena Oschersleben on Saturday: 1:25.130. The same route in the worse 1:28.220, that was due to the rain and the best time for the winner on Sunday: the Porsche 911 GT R of the SSR Performance team with Michael Ammermüller and Mathieu Jaminet (No. 92).

At the end the analysis from team boss Timo Bernhard: "It's positive that we achieved points with both cars. Thomas did a great job and drove up to P4, was at times the fastest car in the field. Then at the pit stop it was a fifity-fifty-decision. We stayed on rain tires, but it dried off faster than we expected. It was the wrong decision with both cars. It's tough, but we have to accept it that way. It's a shame, we had a hundred percent chance of making the podium. ”Michael Ammermüller was the only driver from the leading group to switch to slicks and fell back to fifth on the still wet track. But just a few laps later, the track began to dry up - and Ammermüller's big race to catch up began. The goddess of luck seemed to caress him more: He won by 22.640 seconds.

It continues at the Red Bull Ring on June 11th to June 13th!