The modelcars to the McLaren M23 from Minichamps from the year 1974 in scale 1:18 lead the editorial team to an exciting question 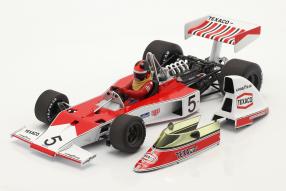 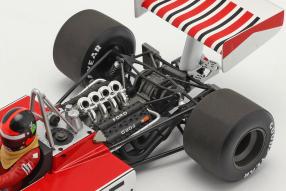 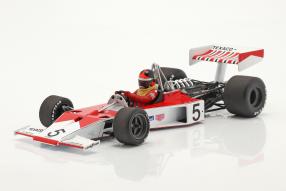 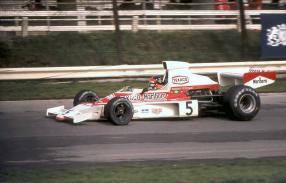 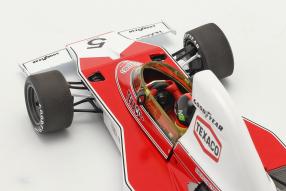 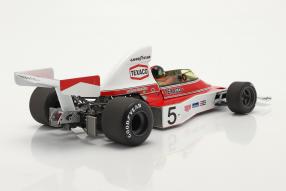 Was Emerson Fittipaldi a race driver or a werewolf? The question already followed Jenson Button and Sergio Pérez in the McLaren-Cartoon "Tooned 50" seven years ago. It was said that the nickname of Fittipaldi, who was born in São Paulo / Brazil on December 12th, 1946, was “mouse” in his home country, but that he was actually a werewolf. Our dear readers can find out what is true in the video embedded above, because at this point the editors turn to the modelcars for the McLaren M23, the world champion car from 1974. At the wheel of the prototype was Fittipaldi, Formula 1-Champion from 1972, who won his second title with the M23. Minichamps has dedicated outstanding miniatures to this vehicle, which have been excellently equipped under item number 186740005.

The team from Aachen delivered a brilliant performance again: The models in scale 1:18 of course meet the appearance and line management of the M23, used by the Marlboro Team Texaco, perfectly - we don't know it any differently. It is outstanding that the team around Paul G. and Romy Lang donated the McLaren a removable cover of the cockpit as well as of the engine. These moving parts allow a strong insight into the working environment of the driver figure, which is also included, but even more so to the filigree replica of the Ford Cosworth DFV eight-cylinder, at that time producing around 331 kW / 450 hp. The intake manifold, the cylinder head cover, the suspension, the meandering exhaust pipe and the Hewland FG-400 gearbox are retold in such a good finish that the viewer believes it is the model.

The M23 from the year 1974 is based on the original model that was developed by Gordon Coppuck for 1973. Until 1978, this type and its further development should have stayed in action. Minichamps has of course also excellently mapped the details beyond the engine: the roll bar, driver's seat, the collection of watches on the instrument panel as well as the functional steering column and the chassis are prototypical replicas. The slicks come from Goodyear; the models are absolutely authentic. There are hardly any better modelcars that the Throwback Thursday blog can present; the day on which the network community remembers particularly beautiful events. Will Fittipaldi park one on the desk of his orange plantation in São Paulo? Or the one in his production facility for the cigars he loves so much?