16.02.2021Novelties from Solido: First pictures to BMW, Ford and Porsche

Before the weekend, we received new information and first pictures to three important novelties from the French: Very interesting diecast-models in 1:18 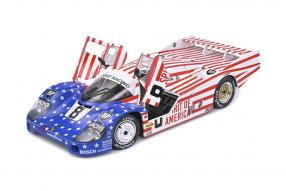 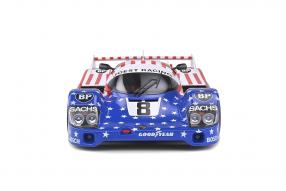 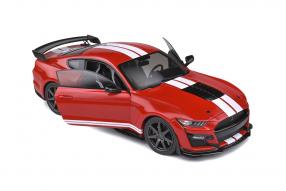 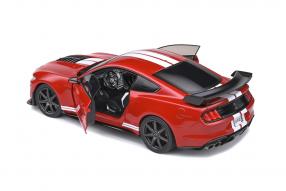 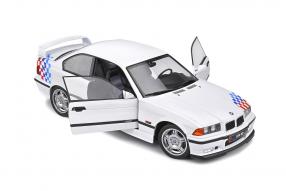 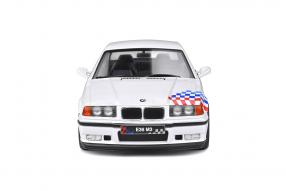 Just before the weekend, the team from ck-modelcars was happy about the brand new information and pictures to three top-novelties for 2021, which Solido presented to the specialized trade at the toy fair Nuremberg. Of course, the editorial team don't want to withhold this news from readers: There will be novelties to the topic Ford Mustang GT500 Fast Track, to the BMW M3 of the model series E36 as well as to the Porsche 956 LH; the probably most beautiful long tail from the history of the successful racing car: This model carried the colors of the American national flag. As expected, the three miniatures are made of diecast and are among the top offers in terms of price because they have doors that can be opened. Have fun looking at the photos: Nothing is known about the delivery dates.

After a considerable race to catch up, the number 8 Porsche 956 LH driven by George Follmer, John Morton and Kenper Miller from the Joest Racing team secured a place on the winners' podium in third place at the 24 Hours of Le Mans 1986. The miniatures come to the collectors under item numbers 421188900 or S1805503 and, like the two modelcars listed below, are produced in format 1:18. In the same size, Solido also supplies the BMW E36 as a zinc diecast model. The E36 was introduced in 1990 as the successor to the BMW E30 series, which is currently very popular with collectors. According to Solido, the E36, which is now being released by the French, succeeded in setting new standards in terms of automotive design. It appears there as a BMW M3 Lightweight painted white.

For a loyal fan base, this car became a kind of holy grail, revered on a par with the E30 Sport Evo. The additional rear spoiler emphasized the enormous sportiness of this vehicle. Previously popular with young drivers in particular, the classic car is now an indispensable part of the showcase. The collector's model also has doors that can be opened and a functioning steering system and is listed with item numbers 421186800 or S1803903. Under the 421186000 or S1805903 Solido brings the Ford Mustang GT500 Fast Track into the collectors' showcases. The sixth generation of Mustangs has charmed motorists all over the world since 2015. Phase II has been on the market since 2018 and the sports version will appear next year - as usual under the name GT500.

The red painting with the white longitudinal stripes is a tribute to the first Mustang-models. As the sportiest representative of its series, the Fast Track-Edition has a striking spoiler and dispenses on rear seats. Solido is also presenting the Ford Mustang GT500 Fast Track as modelcars made from diecast zinc or diecast in the scale 1:18. The doors can be opened as mentioned at the beginning and the steering wheel can steer the wheels. In the article published on February 10th and accessible via this link, you will find the entire list of the innovations expected from Solido in 2021 for the time being.