Yesterday, we received many novelties from Spark to the 24 Hours Nürburgring and withdrawals are making headlines in the industry 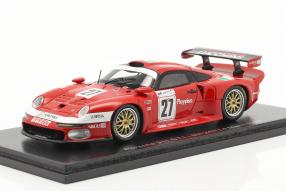 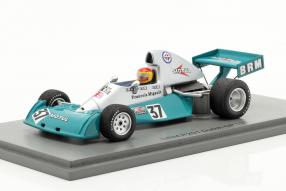 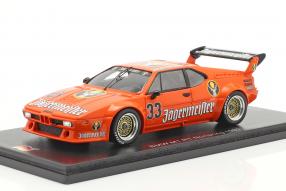 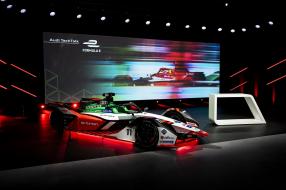 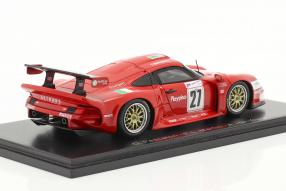 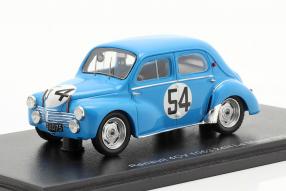 For fans of the motorsport, Wednesday was a feast: Spark delivered a lot of modelcars where everything was there from vehicles of classic motorsport to current heroes from the Green Hell. The highlight from the perspective of the editorial team are for sure the miniatures to the topic Prosche, for example the 911 GT1 from BMS Scuderia Italia in scale 1:43, with which the drivers Pierluigi Martini, Christian Pescatori and Antonio de Azevedo Hermann competed at the 24 Hours of Le Mans in 1997. With its fire-red painting, the model enriches every motorsport collection; available under item number S5604. After 317 completed laps, the team finished on position eight in the overall rating. The legendary endurance race at the Sarthe should bring us more modelcars. But otherwise? There are just cancellations!

After Audi had confirmed the exit from the Formula E, now BMW made the same decision: After seven successful years, the BMW Group is going to end its engagement in the ABB FIA Formula E World Championship at the end of the season. As partner from the very first hour, BMW consequently supported the Formula-E-Project and made a significant contribution t its success story. With BMW i Andretti Motorsport team, BMW achieved victories and podiums. At the same time, the Formula E was always a technology laboratory for the series production of the BMW Group. Audi was also part of the supporters of the series right from the beginning and is going to end its participation at the end of the season, although they just presented the new racing car with the Audi FE07 for 2021 at the end of November. It's also over in the DTM; It remains to be seen how the touring car series will continue.

To this end, Audi will take part in the Dakar rally in 2022 and write history there with electric power. The brand with the four rings also wants to return to Le Mans; wanting to compete for overall victory with a car of the LMDh category. An Audi was at the top of the podium 16 times at Le Mans; behind Porsche the most successful brand with 19 victories. Despite all the reports about the termination of motorsport programs: There will almost certainly be new modelcars from this industry based on new projects. And until then, the collectors can enjoy classics from motorsport: For example, the BMW M1 from Kurt König in the legendary Jägermeister livery from the DRM from the Norisring 1982; also made by Spark from resin and limited to 800 units in format 1:43 (SG505).

Renault started with a small car in Le Mans in 1952, when the team Renault under the starting number 54 with Louis Pons and Paul Moser and under the 55 as team Jacques Lecat with the owner and Henri Senfftleben Starter field were represented. With their 0.7 liter engines, they didn't really have a chance against the overall winner Mercedes-Benz 300 SL, of course, but Spark is now downsizing every participant in the famous race (5224, 5226): The lovingly made miniatures are perfectly replicated! This also applies to the downsizing of the BRM P201 from Team Motul BRM, with which Francois Migault rode at the 1974 Dutch Grand Prix. This team no longer competes in Formula 1 today. New teams, new series, entries and exits: Motorsport lives from movement in every respect!