Spark and Autoart, Minichamps as well as Spark again, Schuco and Solido, LookSmart as well as Almost Real: A real flood of novelties in 1:43 and 1:18 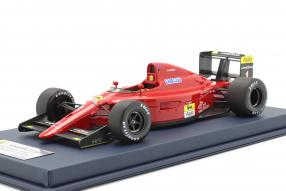 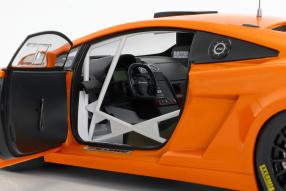 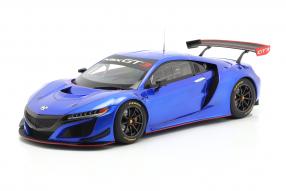 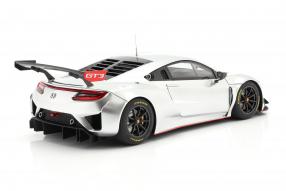 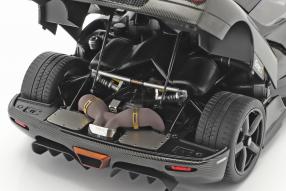 The last Thursday and the following Friday: The suppliers have never sent so many modelcars to us at the same time! On two days, a flood of novelties reached us with the most important scales, as we have rarely seen before! Loyal fnas of our Twitter and Instagram accounts will have noticed that the postings don't want to stop. Sorry for those, to whom it was too much; big thanks to those who have looked successively at the new miniatures! Will it be quieter now? We'll see, but first let's take a look at the highlights. Among them are two special deal: Two Lamborghini Gallardo GT3 FL2 from 2013 in scale 1:18 from Autoart, which also attract with a particularly low price and thus appeal to all fans of faster sports cars.

Let us start with a current reference: While the current pilots of the Scuderia Ferrari came too close on the track last Sunday, Alain Prost celebrated the 100th victory of the reds in the Formula 1 at the French GP in 1990. LookSmart brings this great performance back to the memory with the modelcars of the item numbers LSF1H11 in scale 1:18. As is to be expected, the Italians deliver miniatures to the trade that cannot be made better by hand. The designers Steve Nichols and Enrique Scalabroni were responsible for the Ferrari 641, which further developed the Ferrari 640 designed by John Barnard. With six victories and second place in the constructors' classification, the 641 proved to be a complete success. At the Styria Grand Prix 2020 last Sunday, Ferrari can look back on a total of 238 Formula 1 victories.

LookSmart has earned the world championship for the finish of the models. A showcase is included in the scope of delivery. But now on with the highlights. Among them we find the Lamborghini Gallardo GT3 FL2 from 2013 mentioned at the beginning. In contrast to the aforementioned Ferrari made from diecast, the sports cars are modeled on the Gallardo GT3 from 2013 tuned by Tuner Reiter Engineering. The Gallardo GT3 FL2 was based on the current series production vehicle and received, among other things, more power, a more stable braking system and better engine cooling. In addition, more efficient aerodynamics with modified front and rear spoilers and a diffuser should ensure better road holding of the 5.0 liter V10. The use of carbon has reduced the weight by 25 kilograms: only suitable for the racetrack.

The modelcars come in attractive matt grey (81360) and sporty orange metallic (81357) and offer opening doors. Let's stay with the GT3 classification: As of 2018, the Honda NSX GT3 correspond, for which Autoart - own spelling AUTOart - has released five new modelcars. Under item number 81895 in hyper red, in hyper blue (81896), hyper silver (81897), white (81898) and matt black (81899). The models in format 1:18 which perfectly reflect the appearance of the Japanese with their extreme detailing around glazing and interior as well as with the neatly added carbon parts and the replica of the brake system. Autoart has once again proven what this label is capable of. All other news such as the Koenigsegg One:1 1:18 you can reach via using the link embedded below.

Here: Click to the novelty-flood from the past week