It was the message from Hamburg las week: The Porsche 911 R of the rock star was stolen from the hotel garage 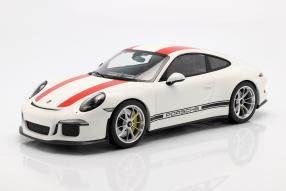 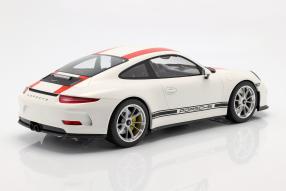 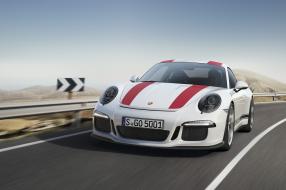 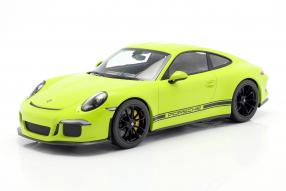 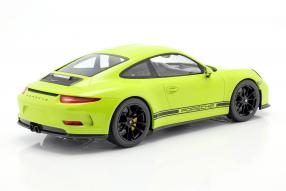 With the reporting about the theft of a Porsche 911 R of the model series 991, rock singer Udo Lindenberg made headlines: Thieves stole the unique piece from the garage of the venerable hotel Atlantic in Hamburg. A very precious prey: It was to read in the media that the value is about 600,000 euros. The Porsche 911 R, limited to 991 units, celebrated its premiere on the Geneva Motor Show in 2016 and should be a sports car for purists, who don't want anything to do with the PDK transmission. It offers a six-speed sport manual transmission. The car of Lindenberg became a rarity because of the blac color, which did not left the production band in Stuttgart a second time because of the red decorative stripes. The models to the Porsche 911 R, however, are not that rare, which are delivered by Spark and Minichamps. But one after the other.

The 911 R model year 2016 stands in its classic style in the tradition of its historical role model, a streetlegal racing car from 1967. The 911 R (R = Racing) was built in small series and used at rallies, at the Targa Florio as well as record drives. The new Porsche 911 R of the model series 991 is powered by a 4.0 liter big six-cylinder boxer engine and offers 368 kW / 500 hp. As mentionend above, the car is limited to just 991 untis and was directly sold out despite its price of 189,544 euros. Four days after the presentation, a first vehicle was in the net with 750,000 euros: 263 percent increase in value in just four days! In this respect, the value mentioned by the media is credible and Lindenberg is understandably happy to have got it back.

His Porsche 911 R sets as its legendary predecessor on consequent light weight, maximum performance and pure driving experience. With its total weight including gasoline of 1,370 kilograms, the limited exclusive model is the lightest 911 of its time. The high-revving six-cylinder boxer engine known from the 911 GT3 RS works in the rear of the brand new 911 R. The unit develops its maximum output at 8,250/min; 460 Newton meters (Nm) of maximum torque at a speed of 6,250/min are available. The rear-wheel drive car reaches the 100 kilometers per hour from a standing start in 3.8 seconds. Top speed: 323 km/h. Spark and Minichamps have adopted this model and published miniatures in all relevant scales: in 1:87 as well as 1:43 and 1:18 and in large scale 1:12.

They correspond in processing and finish to all the high requirements of the collector: The proportions and the appearance, which are perfectly successful, give a picture of the charisma that this fascinating sports car exerts on its fans. You can access the available miniatures via the link embedded below. Udo Lindenberg's nine-eleven was found by an attentive witness about three days after the theft in an underground car park in Ahrensburg. The lady identified the sports car as not belonging to the area and called the police. The rock singer, who has been living at the hotel Atlantic for 25 years, showed himself lucky towards the NDR (German radio and TV channel) to get his car back after a guest appearance at the crime scene. There is only one thing left for thieves: Be honest and buy a modelcar if it is not enough to legally purchase a Porsche 911 R!

Here: Click to the miniatures of the Porsche 911 R