With these diecast modelcars in scale 1:18, Solido shows a sure nose for what collectors still want today 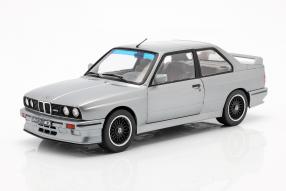 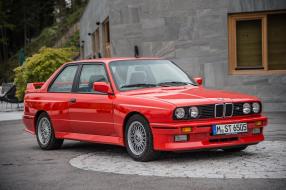 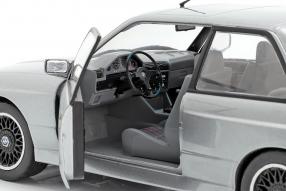 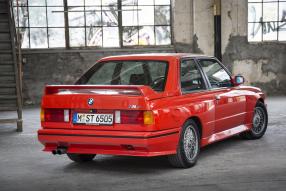 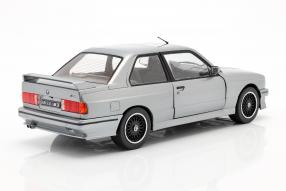 There are cars, where the name alone makes your heart race: M3, that's one of the shorthand symbols, which electrifies the car drivers. M3, this type designation stands for dynamic, fun and motorsport - but also for the street and not only on the race tracks. It all started in 1985, the year, in which BMW presented the model series E30 at the IAA in Frankfurt. The two-door M3 formed the basis for the most successful racing car in the DTM. The regulations in motorsport of the Group A required the build of at least 5,000 street legal cars for the homologation of a vehicle for the racing sport within twelve month. That worked: The vehicle actually became a success in everyday traffic. 17,970 E30 have been built until 1991. And to this, Solido brings wonderful, inexpensive modelcars in scale 1:18 to the trade.

The miniatures are produced of diecast and thus give the manufacturers the option, to equip them with openable doors. Solido met the appearance of the sports car very well and transferred the line management exactly to the models. Especially the front bumper, the widened fenders and the massive rear spoiler form the characterisitc picture, for which the M3 is loved by its fans around the world. Solido really transferred the details very well and offers the modelcars to the model year 1990 in silver metallic and under the item number S1801506 at a fair price. The dashboard also seems to have been made very successfully, whose instrument carrier looks formally coherent and offers a colorful decal that reproduces the scales, indicators and indicator lights in a prototypical manner.

In line with the good work of Solido, we would like to give you a few facts about the BMW M3: The developers of the BMW Motorsport GmbH - as the name of BMW M GmbH was until 1993 - provided the E30 with a selection of the best components from the parts shelf for the racing sport. The brake system with ABS received ventilated disks, suspension and damping were built consistently for racing, but the comfort for the road was also considered. The first gear of the gearbox is, as it was usual back then in racing at the bottom left. The production version of the 3-series BMW is only taken into account when using the doors and roof. The parts already mentioned above and the front and rear bumpers as well as side skirts, the trunk lid and the spoiler, whcih are so important for the character of the M3, are made of plastic.

The heart of the fans is racing, because of the engine: The displacement of the 2.0 liter four-cylinder from the basis was increased to 2.3 liter; the engine, known for its low weight, high turning capacity and durability, was crowned by a cylinder head with four valves per unit. Equipped with a catalytic converter for exhaust gas cleaning, the engine in the version of our modelcar, the Evo version 1990, has an output of 158 kW / 215 hp with a maximum torque of 230 Newton meters (Nm). With this and the help of the weight-reducing plastics in the body shell, the BMW M3 reached a top speed of 241 kilometers per hour with an acceleration of 6.7 seconds from 0 to 100. To bring you closer to the fascination of the M3 E30, we have a video embedded above about the M3 Sport Evolution. Have fun!

Here: Click to the modelcars of the BMW M3