The former tradition label from Berlin ventured into the diecast-model market with three favorable tractors in scale 1:32 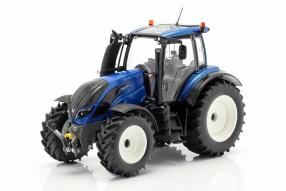 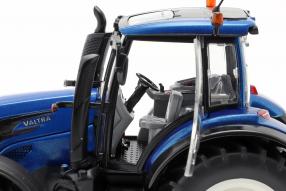 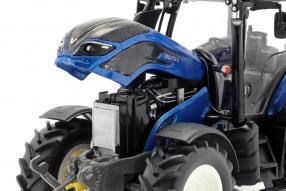 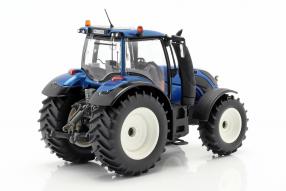 The agriculture and its problems with pricing of the basis of our food has been an issure in politics not only since the recent farmers' protests. With the miniatures of the Valtra N123 and T174 with fornt loaders as well as the T214, we reached the agricultural machinery for this weekend in our blog. In cooperation with the Finnish tractor manufacturer, Wiking has produced really remarkable models on rough-treaded wheels, which not only convince in high quality detailing, but also with functional parts that we don't know like that from Wiking. Just like the material: not plastic, but diecast was used to manufacture the models. With the moveable top link to replicate the rear hydraulics, Wiking has developed a feature for which we provide further information in the descriptions of the models.

But first, let's focus on the basics: Who is Valtra? The tractor manufacturer comes from Finland, produces in his home country, but also in Argentina and Brazil. The company was founded in 1951. In 1979 Volvo's tractor construction was integrated. Since 2004, Valtra has been part of AGCO or Allis-Gleaner Corporation, the world's third largest agricultural machinery manufacturer; Founded in 1990 and based in Georgia, America. As well as due to German roots, as part of a management buyout of Klöckner-Humboldt-Deutz's North American activities. The N and T Series, the role models for the here presented models, are from the year 2011. With the N series, the manufacturer offers agricultural machinery with an output of 99 kW / 135 hp to 126 kW / 171 hp.

Up to 7.4 liters of displacement

The T-Series delivers a little bit more power with its 114 kW / 155 hp up to 165 kW / 225 hp. It is considered as heavy field or towing equipment, but also very agile according to the manufacturer's instructions and thus also good to use for loading work. It stands for excellent visibility and versatility for all types of devices. It is powered by a six-cylinder engine with a displacement of 7.4 liters, for example. With the new five-speed powershift transmissions and the continuously variable transmission, the user has everything under control with a simple finger movement. The T-Series has also taken over a lot of details from the basic model: automatic power shift, AutoTraction and the HillHold function make the work a way easier for farmers, who are very important to our life. The individual descriptions provide further information on model building technology.