The official car of Felipe Nasr and Marcus Ericsson start on Sunday in Russia, and now as a model in your showcase. 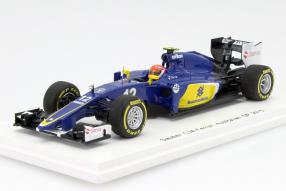 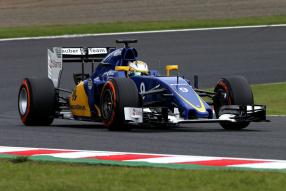 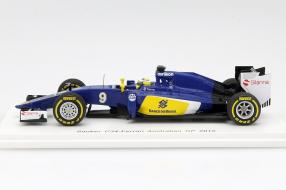 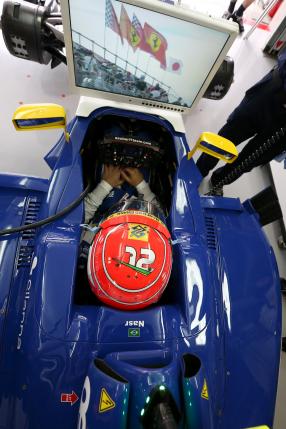 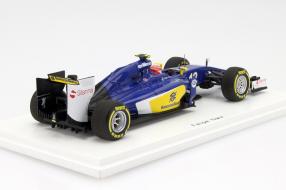 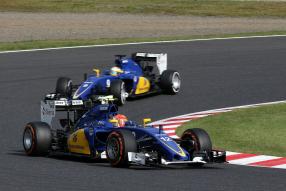 One year after the premiere of the Formula 1 Grand Prix of Russia to be hosted Sunday again in Sochi, where in the Sochi Autodrom the 15th race of the current season will be held. To us readers that regulary look, we know that the model AutoLabel Spark  seem to define the delivery of miniatures modeled after the 2015er racing car almost on the calendar date.

Because even now present Hugo Ripert and his crew models whose models currently are still hunting for points: Premiere celebrate the official car of Felipe Nasr and Marcus Ericcson the Sauber F1 Team, the Sauber C34 with start numbers 12 and 9 are driven vehicles from Ferrari Motor 59/4. The Sauber C34 is the 23 Formula 1 racing car of the traditional Swiss team that competed in the Group C of the FIA ??World Sports Car Championship from 1982 to 1991.

Peter Sauber is one of the most respected team leader who has the Formula 1 ever known. He started his team in 1992 to the Formula 1 switch and went with Mercedes-Benz in the highest motorsport class. Together with the Stuttgart Sauber won in 1989 and 1990 the Constructors 'and Drivers' Championship in Group C; 1989 won the Sauber C9 with Mercedes engine in the 24 Hours of Le Mans.

But compared to the Formula 1, Mercedes-Benz exercised restraint and hid his involvement behind the company Ilmor engine designer Mario Illien. The partnership between Sauber and Mercedes-Benz ended after 2 Seasons end of 1994, whereupon Sauber in 1995 and 1996 with Ford engines had to be content to take. From 1997 to 2005 inclusive the team went with engines from Ferrari at the start; 2006-2009 was BMW Hausherr and engine supplier.

Thereafter owner BMW sold the team back to Peter Sauber, who could be relied on his connection with Ferrari and the motors from Maranello used until today. So just in the Sauber C34, the construction of which is due to Eric Gandelin. Striking the CFRP monocoque with its lateral crash structure made of Zylon: The curtain nose similar to that of the strong Ferrari SF15-T of Sebastian Vettel.

For the 14th and 20th place in the Grand Prix Japan there were no points, so that even before Sochi only 26 dots are shown in the statistics in 2015, which stands for the 8th place in the Constructors' Championship. The table looks pretty meager for Sauber. What the attractiveness of the model, however, does not diminish; also the C34 may in any Formula 1 Collection missing, which claims to be exhaustive.

The Sauber F1 Team thus making this week on a trip to the second edition of the Grand Prix of Russia on the Black Sea, where the Winter Olympics were held 2014th The cargo of the team - 35 tons - has arrived already in the paddock of the Sochi autodrome, so clean compared to our blog. The Sauber C34 were transported after the race in Japan directly by air freight from Nagoya to Sochi.

What goals are the drivers for the Grand Prix Russia have set 2015? These Marcus Ericsson: "In the last season of Russia Grand Prix was my last race with Caterham and my last in the year The qualifying did not go so bad and my race was pretty good I have therefore good memories of this track.. . "

Ericcson wants a positive weekend with the Sauber C34 Ferrari: "We have to work hard again to optimize our aerodynamic update further And of course, our goal is to get back into the top ten.." Felipe Nasr has never been on the road with a formula 1.Auto on the course in Sochi, but the track known from the GP2 Series. "This circuit is a mix of permanent and street circuit path It is impressive that this autodrome middle of the Olympic Park was built. As a result, the entire scene is interesting. The course consists mainly of slow and medium speed corners. Because it needs a good braking stability. A crucial factor is the acceleration out of the corners. During the race weekend, we will continue the data of our Aero package to evaluate. "

The circuit is 5.853 km long; it is to cover a race distance of 53 laps. For this purpose, Giampaolo Dall'Ara, Head of Track Engineering of the Sauber F1 Team: "In our view, the Sochi course is one of the routes that the tires most gentle on the reasons for this are in particular asphalt, the rather cool conditions and the. . lack of high-speed corners Pirelli has this time soft and super soft opted for tire compounds -. unlike the medium and soft tires a year ago, it is interesting, what the impact of this new tire choice on the car tuning and race strategy In. first and last sectors are in demand traction and braking, as well as performance on the straights, while it matters in the middle, demanding section that helps drivers find their rhythm in the successive curves. " Our Blog wishes Sauber luck and you a nice weekend.