The modelcars of DS Techeetah from the drivers Jean-Éric Vergne and André Lotterer come in scale 1:43 and of die cast to the collector 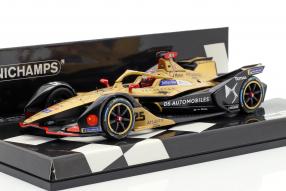 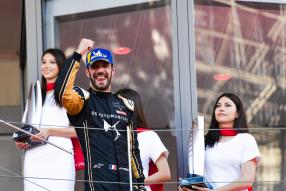 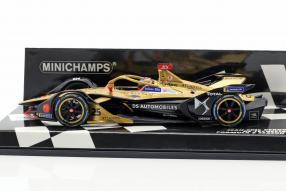 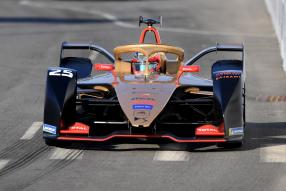 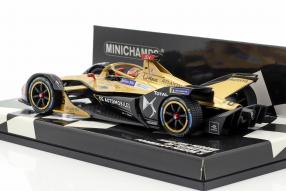 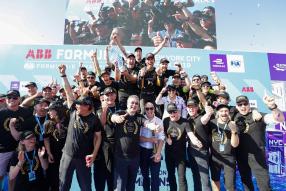 Two new miniatures attract the interest of our editorial staff today: Minichamps started to deliver the modelcars to the Formula E 2018/2019, which are dedicated to the Team DS Techeetah and with it also to the winner of the past season. Occasion for us, to deal with the season final from the view of the role models on today's throwback thrusday. A final, which offers an so far unseen special feature: Jean-Éric Vergne could defend his world champion title in the Formula E as the first driver ever. His DS E-Tense FE19 drives under the item number 414180025 to the collector; the sister car of André Lotterer under the 414180036. Probably the last DS-model with his name inscription: After the last race of the fifth season in the electric motorpsort series, DS Techeetah announced the exit from Lotterer from the team.

The decision about, who wins the season 2018/2019, fell in the last run: After two races in the Red Hook district of New York's Brooklyn neighborhood, the French Jean-Éric Vergne ultimately crossed the finish-line as Formula E-world champion, who has also won the races in the Chinese Sanya, in Monaco and in the Swiss Bern and finished the season with 136 points; the team reached a total of 222 points in front of the Audi Sport Abt Schaeffler Formula E-Team. 25 drivers and 11 teams have taken the challenge of the fifth season, to participate on 13 races at 12 places and to decide the driver and team evaluation for themselve. It was the first season of the new racing car, called Spark SRT_05e, which chassis is developed by Dallara and its battery technology comes from a subsidiary of the McLaren Technology Group.

For the first time this year, the Halo-head protection system came also to application in the Formula E; after the increase of the battery capacities the car no longer had to be changed. Let's hear Jean-Éric Vergne, the freshly, two-times Formula E-World Champion: "The last race of the season was not perfect. However, we have reached our goal and won both titles. I can't really believe it that I have achieved acutally two titles as the first racing driver in the history of the Formula E. I really thank my fantastic team - we all won!" The owners of the new modelcars, who know how to shine with a perfect match of their lines with those of the role models, may also feel like winners. As usual, Minichamps hit the colors and decoration first-class.