29.09.2015Spark brings out winning car from the World Rally Championship 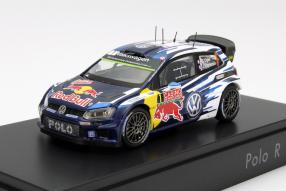 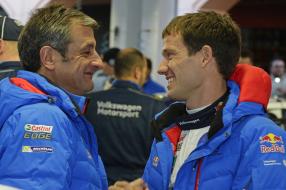 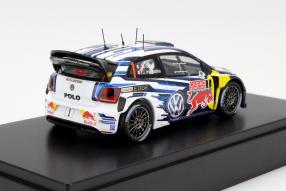 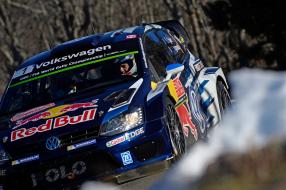 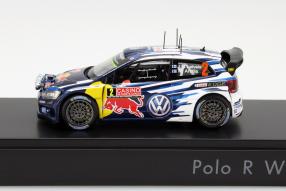 Yes, a little annoying already, that the media only report on diesel gate, as the networks are calling the affair of Volkswagen and the alleged fraud to the emission levels in the US. Whatever the reason may have been to install a software that detects a test mode and reduces the exhaust emissions of a diesel engine in this mode? Intent to defraud? Hardly, because VW doesn't need that.

It looks more like a department - which could not cope with the pressure of the demands placed upon them - has opted for an illegal makeshift solution. Had Ferdinand Piëch know about this and is that the reason for which he said he was distancing himself from Winterkorn? Has the former supervisory board chairman Piech  braught the ball - matching the IAA - rolling and is now buying the shares after fall in the value  to increase power and shares?

deffinetly An exciting thriller and also painful, the loss of manager Martin Winterkorn. But don't let ourselves be influenced by this, when it comes to our favorite hobby: model cars. Especially when the prototype of the new Spark product doesn't have a diesel engine: The Polo R WRC is made in 1:43 scale according to Polo, which has been designed for the World Rally Championship and to which a first driving finished prototype at the IAA was introduced in 2011

Developed with the help of the double World Rally Champion Carlos Sainz and VW test driver Dieter Depping, they celebrated the race car debut in the World Rally Championship in the 2013 season. They finished first season by winning the drivers' championship with Sébastien Ogier and Julien Ingrassi and with the victory in the Constructors' Championship. The 2014 team was also world champion, and the2015 team is heading for the 3rd consecutive year.

The Polo R WRC is part of the highest vehicle class in rallying, the World Rally Cars - WRC for short - which are constructed according to one of the FIA (Fédération Internationale de l'Automobile) regulations.introduced in 1997. The regulations have been revised in 2011; the cars moved technically closer to the series. The automaker used the maximum permitted width of vehicles from the current 1,820 meters from fully and widen the car by fender extensions up to 10 centimeters.

Fat spoiler and 4 millimeters thick plexiglass for the side windows are further differences to the production Polo. As well as the air scoop on the roof, which serves for the air supply to the interior. The WRC cars get reinforced steel bodies and floor panels in order to survive in contact with the stones on bad gravel roads.

The models of Spark -  worthy a champion

The model car pesented here with starting numbers 1, 2 and 9 correspond in look and design exactly with the prototype; Spark has as always understood how to perfectly implement the appearance of the model in 1:43 scale. The models are made of resine plastic. So hoods and doors remain closed. Unfortunately, the fans can not see anything of the four-cylinder turbo engine, which does not exist in the model but under the hood of the prototype 234 kW / 318 hp and is connected via sequential six-speed gearbox.

The maximum torque is 430 Newton-meters (Nm) at 5,000 rpm. The all-wheel drive is designed as a rigid drive. The Polo WRC accelerates in 3.9 seconds from 0 to 100 kilometers per hour and is, according to Volkswagen, runs as fast as 200 kilometers an hour.

The 43rd FIA World Rally Championship started on 22 January 2015 in Monte Carlo and ends on November 22, 2015 in the United Kingdom. The next race is the Tour de Corse, which is scedualed for the 02 to 04 October. As already fixed world champion, French rally driver Sébastien Ogier goes to the start with 235 points. The runner-up Jari-Matti Latvala from Finland has 135 points. And Norwegian Andreas Mikkelsen  has 111

All 3 drivers drive Volkswagen Polo R WRC: 3 Volkswagen Polo R WRC at the top of the Drivers 'Championship: So it is not surprising that the team Volkswagen Motorsport with 300 points is at the 1st place of the Constructors' Championship; well ahead of Hyundai Motor Sport with only 161 and the Citroën World Rally Team with 148 points. Winterkorn is certainly pleased. For his heart (as he said on Wednesday) will always include VW.