With very well handcrafted modelcars in scale 1:18 and out of diecast, Ixo scores with the fans of the Rally Monte Carlo 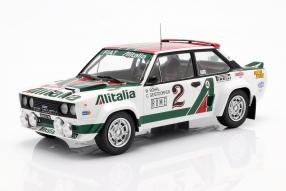 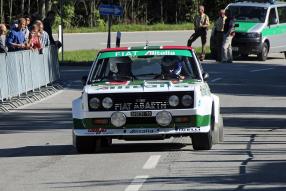 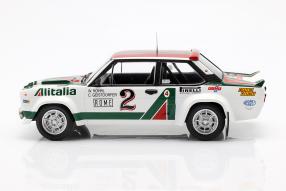 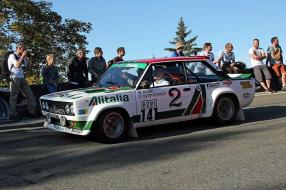 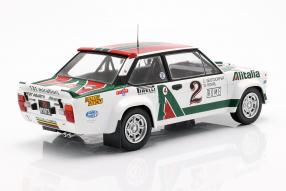 It is one of the biggest names of the international motorsport, one of the most important events from the scene, which we know: Rally Monte Carlo. The prestigious event takes place since 1925 and is organized by the Automobile Club de Monaco ACM and is officially designated as the Rallye Automobile Monte-Carlo, however, found its beginnings early in year 1911. The course of the Monte, as the fans lovingly call him, leads over asphalted track sections as well over possibly iced stages through the Maritime Alps of the outback of France. Although the Frenchman Sébastien Loeb can be described as a record winner with his seven wins, the German Walter Röhrl is considered as uncrowned king of the Rally Monte Carlo, as he won the event four times on four different cars of the brands Fiat, Opel, Lancia and Audi. Which leads us to a new model.

Recently, Ixo has been more and more frequently looking for rare role models of motorsport vehicles and bringing out 1:18 modelcars. So also the here presented Fiat 131 Abarth from the year 1978, which depicts the car, with which Walter Röhrl and his co-driver Christian Geistdörfer drove out the fourth place of the Monte Carlo Rally in the same year. The miniatures are made out of diecast and are available under the item number 18RMC009. Röhrl and the Fiat 131 Abarth - a mating that will make history, but not yet in 1978, because there stood a Porsche 911 at the top of the podium. But the brand world championship brought the motorsport offshoot of the four-door family sedan 1977, 1978 and 1980 anyway. In 1980, Röhrl became rally world champion for the first time with the Fiat 131 Abarth Rally.

The racing car was born because of a cooperation between Fiat and Bertone. The quantity: 400 units. Bodyshells from the series production in Mirafori had been completed with fenders in the front and rear, trunk lids and bonnets out of plastic. Bertone had built struts and stiffeners for the rear independent suspension, painted the cars and in the factory Rivalta, the cars received their drive and chassis technology. The engine was a development of the 16V-Lampredi-engine from the Fiat 124 Spider Abarth, which existed of 2.0 liter of displacement and a double carburetor and made 102 kW / 140 hp. The transmission came from the Series-131. Its synchronizer rings were expanded because the regulations allowed a unsynchronized transmission in motorsport only if all 400 homologation built copies were also unsynchronized.

Walter Röhrl considers his four wins at the Rally Monte Carlo as particularly significant. At the end of the career in 1992 stand two FIA World Championships (1980, 1982) and the European Championship in 1974. This includes: 14 victories in World Rally Championship races - one with co-driver Jochen Berger, all others with Christian Geistdörfer. If you want to know more about Walter Röhrl, click on the embedded link to the modelcars of the Porsche 911 from Sponsor Eminence, which are also available in scale 1:18, fitting to the Fiat 131 Abarth. But first, let's take note that the Fiat models meet the high standars in terms of finish and appearance, as we are used to by the heroes of the racetrack in miniature today: a real enrichtment to any collection!

Here: Click to the modelcars of the Fiat 131 of Walter Röhrl