Two modelcars appear in scale 1:18 and out of diecast, which remind to two great women and the start time of the sports car manufacturer from Stuttgart 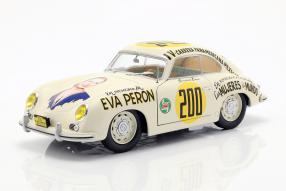 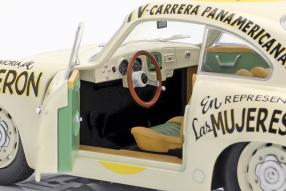 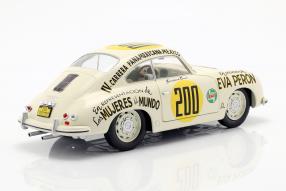 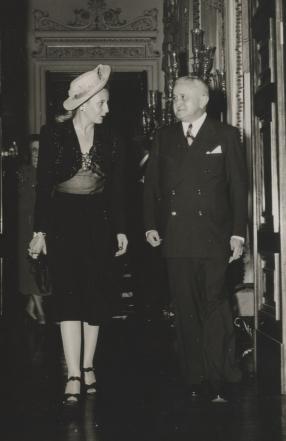 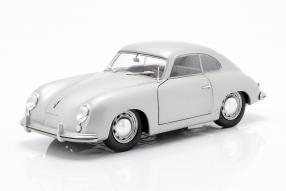 The hashtag #70JahrePorsche was omnipresent in the network last year, the people from Stuttgart celebrated the 70th anniversary in 2018. The 7th of July, 1948, counts as the birthday of Porsche: The first 356 was admitted. Also in this case, the model name stands for the design number of the corresponding mobile subset that has left the production sites. The Porsche 356 had at the beginning of its career a split windscreen and a base, which was largely built on parts of Volkswagen Beetle. From autumn 1955, a facelifted version was introduced with the Porsche 356 A, which had a one-piece windscreen. Solido uses here the modelcars of the pre-series version 356 Pre-A from 1953 in the scale 1:18, which picks up on this feature and should appeal to friends of Porsche in two variants.

The item number S1802802 is the civil version of the sports car and under the S1802801 the racing version is delivered to the Carrera Panamericana, where Jaqueline Evans has sat on the steering wheel in 1953 and reminds her of the painting of Eva Eva Duarte de Perón - Eva Perón - the most socially committed and in 1952 deceased second wife of the Argentine President Juan Perón. The photo on the right shows Eva Perón in 1947 with the Brazilian President Eurico Gaspar Dutra in Rio de Janeiro. On June 19th, 1948, she set up a charitable foundation dedicated to the construction and emergence of retirement homes, orphanages, infirmaries, and other much-needed social institutions. She distributed gifts to the poor and needy. It was a marathon of charity that, above all, shaped her later reputation.

Because Evita Péron touched patients, kissed lepers, and the images and information about her were intensively brought to the masses by the media, a picture of the saints, the Santa Evita has spread among other things and also led to composer Andrew Lloyd Webber devoted her 1978 the musical "Evita"; filmed later with Madonna in the title role. What was also of interest to Jaqueline Evans: A native Englishwoman, who came to fame and honor as an actress, especially in comedies and telenovelas, and also rallied. To do this, she came to Mexico in 1948 and stayed, but still appeared in British and American films. A nice background to the two modelcars, which correspond exactly in finish and appearance to the early Porsche and are equipped except for the hood with functioning parts.

Here: Click to the modelcars of the Porsche 356 pre-A from Solido