28.05.2019#OnThisDay: Anniversary of the record lap from Stefan Bellof 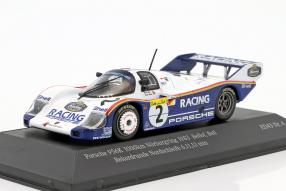 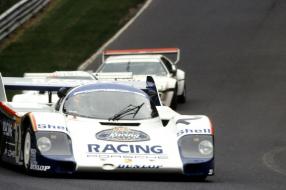 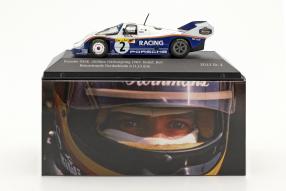 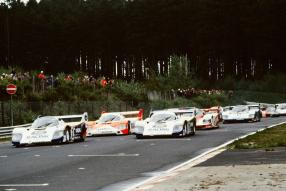 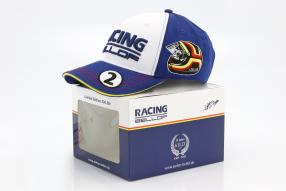 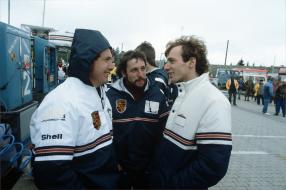 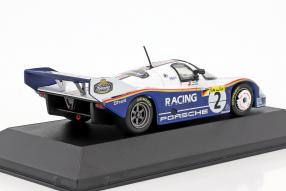 Exactly today, on this day 36 years ago, May 28th, 1983, Stefan Bellof punched with his 6:11,13 minutes a time on the tarmac of the Nürburgring-Nordschleife, which should have exist until 2018. Bellof drove his record at the time as factory driver for Porsche and sat in the 456 kW / 620 PS powerful, blue white Rothmans Porsche 956 C. The small series label CMR has made outstanding modelcars in scale 1:43 to this, which come to the collector produced out of diecast. These as well as the matching caps and shirts remind to the race driver, born in 1957, who thereby should become a legend. We therefore look back to this record, because hundreds of thousands fans will be at the Nürburgring on June 20th to 23rd. Including us, because also we are represented in 2019 at the Ringboulevard.

On these days, the motorsport friends meet for the 47th edition of the 24-hour race, the ADAC Total 24h race; an event that is again talked about Stefan Bellof. The aforementioned record time with an average speed of 202 kilometers per hour drove Bellof in the Porsche 956 with the chassis number 007 in the final training for ADAC 1000 kilometers race at the Nürburgring. The Rothmans Porsche had to renounce by law to the name of the tobacco company and instead wore the racing number 2 next to the racing lettering. Details that accurately reflect the modelcars from CMR. They correspond perfectly to the legendary role model and should also be one of the most popular fan articles in our shop on the Ringboulevard.

It does not change anything that the time has been topped: Bellofs record existed 35 years and 31 days, but then the confessed Stefan Bellof-fan Timo Bernhard defied the previous track record by 51.58 seconds. With his 5:19.55 minutes, the two-time overall winner of the 24 hours of Le Mans and two-time endurance world champion and five-time overall winner of the 24-hour race at the Nürburgring has improved the time. However, with a Porsche 919 Hybrid Evo, which was exempted from all restrictions, Bernhard set an average speed of 233.8 kilometers per hour on the 20.832-kilometer-long Nordschleife on June 29th, 2018. That clearly underlined the quality of Bellof's performance on his Porsche 956, which was far inferior of the Porsche 919 Hybrid Evo.

The long-distance world champion of 1984 could not build on his performance from the training in the ADAC 1000-kilometer race on May 29th, 1983, because his Porsche moved in the section Pflanzgarten - today's Stefan Bellof S - under-wing and downright off. The Porsche, with which Bellof has entered the fastest time for over 35 years, which was recorded in the history books until Bernhard's record run on the Nordschleife, was completely destroyed. Stefan Bellof himself got out of the wreck unscathed. Track spokesman Rainer Braun recalls: "But then Stefan comes in cheerfully and says: 'Man, that was cool! * Laughs *' High and far! 'That was all, and then he immediately asked if he could change, but team leadership of course has said no!" Something that will forever be associated with this day, May 28th.

Here: Click to the modelcars, caps and shirts to Stefan Bellof