Spark delivered again many novelties in scale 1:43 and 1:18 last week that caused us to take a look at the calendar 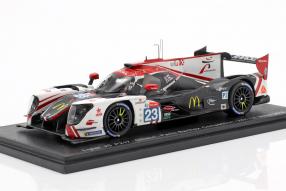 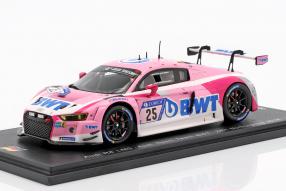 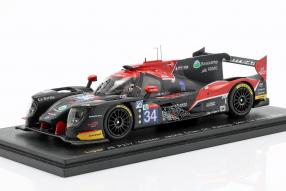 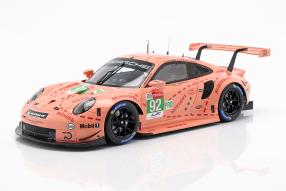 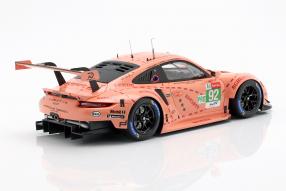 So right - so at least the feeling in our editorial staff - we have not arrived in the spring or early summer of 2019 yet, in many places it is still too cold. However it is a way hotter in motorsports, because there the preparations for the highlights in the months of May and June are running: We start with May 25th, 2019, where the FIA Formula E is in our lovely capital Berlin. It is the tenth of 13 weekends, where the fight about the victory is all-electric. From June 20th to 23rd, the whole scene meets at the Nürburgring for the 47th version of the 24-hours-race, the ADAC Total 24h Race - exactly one week after the 87th 24-hours-race of Le Mans, which is scheduled for the Saturday and Sunnday of June 15th and 16th, 2019. And this hint leads us directly to the novelty delivery of the past week: Spark draws from the full!

The motorsport and above all the highlights from the touring car sport fascinate the friends and fans of high-end modelcars unabated: The team around Spark founder Hugo Ripert takes this fact into account and supplements the starting field from the past year with miniatures in the scale 1:43 and 1:18; as always made out of high quality resin plastic. Among the most important novelties the two Ligier JS P 217 is certainly included. One of the models were built on the role model of the car used by the team Panis Barthez Competition, which relied on the drivers Julien Canal, Timothé Buret and Will Stevens and - on tires Michelin and powered from a Gibson GK428 4.2-liter V8 - in LMP2 class after 352 laps drove the 13th place overall. The model is available under the item number S7011.

Only 195 laps and thus a failure at the finish did not make the identical vehicle of Jackie Chan DC Racing. The team had reported the drivers Ricky Taylor, Come Ledogar and David Heinemeier-Hansson, who started with the number 34. Also for this, Spark delivers an attractive modelcar (S7019). The winners of the category LMGTE pro 2018 are the miniatures of the Porsche 911 RSR GTE, which Spark has delivered with start number 92. The popular vehicles in the Pink Pig tribute design - a tribute to the Kaußen Porsche 917/20 by Le Mans 1971 - in the scale 1:18 (18S393) correspond exactly to the lines of the prototype in the appearance; a feature that Spark's collectors don't know in any other way. The 991 II series 911s used by the Porsche GT Team were driven by Michael Christensen, Kevin Estre and Laurens Vanthoor.

For the 24 Hours of the Nürburgring 2018, the modelcars of the Audi R8 LMS from the Audi Sport Team BWT Mücke Motorsport take us in 1:43, limited to just 300 units, and to the service cars of Stefan Mücke, Christer Jöns, Marcel Fässler and Pierre Kaffer remember (SG410). The vehicle started in class SP9 and finished the race after 24 hours on the 14th place in the overall standings. We do not want to forget to point our that for us at the end of this article that the races of Formula 1 are among the highlights, that's probably self-evident. After the formula E of the last weekend in Monaco and the start of the season of the Formula 1 in Spain, it is the 26th May, which we have boldly marked in the calendar: The premier class of motorsport will be guesting on the 3.34 kilometer street circuit of Monaco.