Open coupes or limousine are numerous represented on the street. This also applies to the area of miniatures: Our highlights of the range 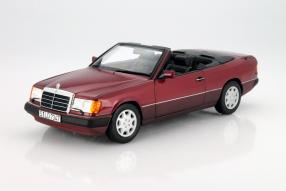 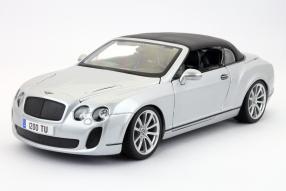 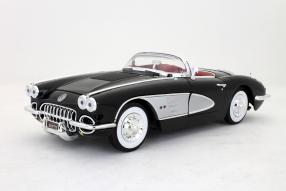 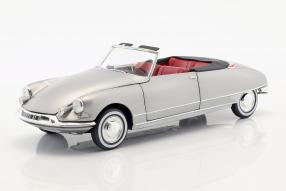 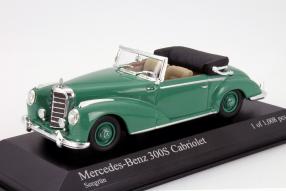 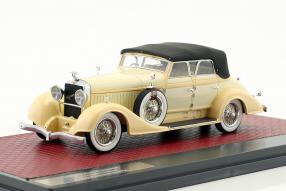 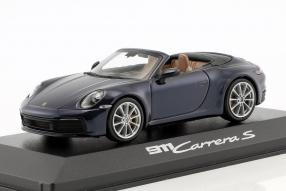 The vast majority of the encountered cars on the streets of the world still has a solid roof above the head of the passenger. But the cabriolets have recaptured their audience in the past years and are an attractive alternative, especially in the urband area, because the driving with open roof from the apartment to the workplace or to a coffee shop makes more fun than to drive on the highway with the back folded roof. Cabriolets are available in every price range up to the Mercedes-Maybach S 650 on basis of the S-Class-Coupe. Next to this car in scale 1:18, we have some more open car models in our range, as we ourselves thought it possible at first thought. Join us for the upcoming May holiday on our ramble to the most interesting open miniatures, our personal highlights!

About the Mercedes-Maybach S 650 Cabriolet from 2016 by Norev, we have extensively reported in the article, accessible via this link. We remain with the brand, but jump back in time almost three decades: Mercedes-Benz debuted the Cabriolet E-Class, the A124 series in 1991. Around 1,000 parts have been redesigned compared to the Coupé, which provided the basis for the open four-seater and is still one of the most popular vehicles in the young-timer range of Mercedes-Benz. Norev has also created beautiful modelcars in scale 1:18, which are available in almandine red metallic and blue-black metallic (item numbers B66040616, B66040617) and are accompanied by a soft top. The Mercedes-Benz 300 S Cabriolet from 1954 is a bestseller in the scale 1:43 and comes in an edition of 1,008 copies of Minichamps (430032335).

A bargain are the modelcars of the Bentley Continental Supersports Cabriolet 2011 in 1:18 by - let's face it - by Bburago, who offer good quality and can extend a fairly priced collection on models of the British luxury brand (11037). In the same size there are the miniatures of the Chevrolet Corvette 1958 with a faithful interior, featuring a detailed engine compartment, steerable front wheels and an openable bonnet, functioning doors and boot lid (73109); made out of diecast as well as the aforementioned modelcars. Already with the Corvette a key message crystallizes out on this article: There are models for convertibles from Germany, the United States, England, Italy and France. This means that the fan of each brand can assemble its collection.

This applies to current models as well as miniatures to young and vintage cars such as the BMW 850i Schuco, which is limited to 500 units, is made out of resin and comes in 1:18 to the collector (450006800) and alternatively for models of the Citroën DS 19 Convertible from 1961 out of diecast, also from Norev (181598). The resin - a polyurethane casting resin that makes lower demands on mold making and thus makes small series of modelcars economically viable - enables the reduction of exotics such as the Volvo PV445 Valvo (WB285) or the Hispano Suiza H6C Convertible Sedan Closed Top Hibbard & Darrin (MX50806-052), both in 1:43. In short, even with the convertibles, there is nothing that does not exist!

Porsche is the favorite brand of the collectors and therefore the model-building-industry likes to dedicate to the cars from Stuttgart. We already presented you the nightblue Porsche 911 as a cabriolet of the model series 992 from Minichamps; it is one of the newest representative of a large number of miniatures of open nine eleven in 1:43 (WAP0201710K). In this format as well as in 1:18, the new Porsche 911 cabriolets are available in all variants, but also the previous versions as the open Porsche 356 A in meisse blue for example as "travel time - model" in 1:43 from Schuco inspire us every day (450258400). A trip in the cabriolet in the city in summer, that is always a short break on wheels. Make it even better in the showcases and enjoy the unlimited freedom on wheels every day, even in winter!