We take the opportunity of the modelcars from last year&#039;s Champion Precote Herbert Motorsport in scale 1:43 for our preview on 2019 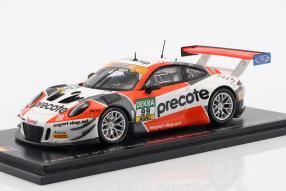 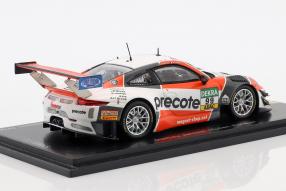 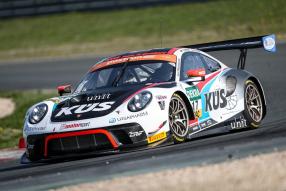 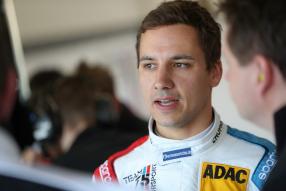 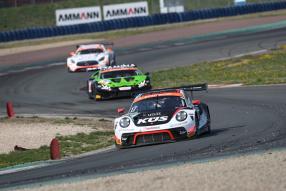 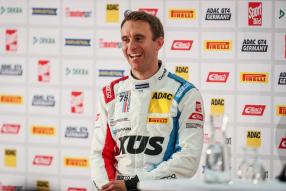 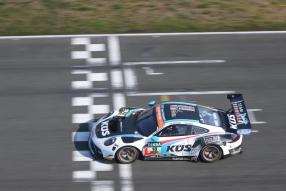 On the coming weekend, so the weekend after easter from April 26th till 28th, the ADAC GT Masters is going to start in its 13th season. The modelcars to this arrived in time, limited to 300 pieces, of the Porsche 911 GT3 R from Team Precote Herberth Motorsport, with which the drivers Robert Renauer and Mathieu Jaminet achieved the titel in 2018. The miniatures in scale 1:43 appeared under the item number SG501 and come from the production of the renowned label Spark. With the spoiler lip at the front bumber up to the massive rear wing, the mold making engineers around Hugo Ripert have shown again what they can and created really great models. The impression matches with this of the role model; antennas, a faithfully interior and the printing complete the successful impression.

The drivers of the Precote Herberth-Porsche were just one point ahead of the Audi R8 of Montaplast by Land Motorsport, which makes the modelcars of the champions even more desirable. Of course, all of this adds to the interest in the coming season, to which we can look forward to a multitude of highly interesting miniatures, as shown by a look at the list of participating teams and brands. In total, in the new season, 19 teams with 31 sports cars from eight car brands. For the first time, the new Aston Martin Vantage GT3, with which the British brand is competing in the ADAC GT Masters for the first time since 2013. Also on a new vehicle sets year-old champion Porsche with the current 911 GT3 R, which is clearly different from the previous 911.

"The starting grid of the ADAC GT Masters underpins the position of the series as one of the world leaders in GT sports and thrilled with brand diversity and a strong driver field," says ADAC Sports President Hermann Tomczyk at the start of the coming season: "Therefore I expect high class and exciting racing also in 2019. The ADAC GT Masters also offers a strong platform: with ADAC GT4 Germany, ADAC TCR Germany, ADAC Formula 4 and the Porsche Carrera Cup Germany as permanent frame racing series, the fans will be offered a unique motorsport weekend." As partner of the team KÜS Team75 Motorsport of the double long-distance champion Timo Bernhard we are back again, whose driver Klaus Bachler was fastest in the tests in Oschersleben. Here are pictures and video from the test days.

We wish our readers happy easter!

Here: Click to the modelcars from last year's champion