The collaboration with Minichamps bears fruit again: Exclusive model cars of the BMW M6 GT3 from the VLN 2016 and a Porsche 911 (991 II) GT3 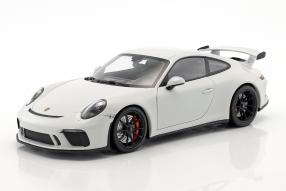 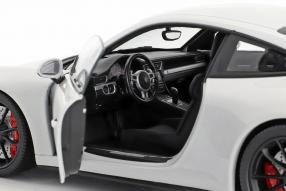 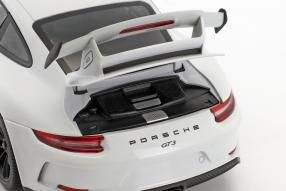 At the beginning of the year, we would like to draw your attention to two exquisite special models that are only available at modelissimo and ck-modelcars or only at CK: In collaboration with Minichamps, a BMW and a Porsche were produced in scale 1:18. With the M6 GT3, the model car specialists commemorate the use of the Falken Motorsports team as part of the Nürburgring endurance championship, the DMV 250-mile race of the VLN 2016. The race which had been occured on October 8, 2016, the Chinese Alexandre Imperatori and Düsseldorf Philip Eng raced in the M6 and achieved the eighth place in the overall standings. They rounded the Nordschleife 28 times in 4:09:44,613 hours, averaging 163,854 km / h and ending up 3:35,145 minutes behind the winners in a Lexus RC-F GT.

Minichamps, modelissimo and ck-modelcars.de offer with this model car a perfect image of the race car, which is made out of diecast and in a very small number of 350 units. Functional parts will not be exist, but the way in which the people from Aachen copied the front and the vents as well as the details in the interior, that's already the blast! The sum of the features of the model, make the matt black racer the highlight of every motorsport collection. The miniatures are available under the item number 153162643. A model, only available at ck-modelcars, is the second GT3 of this article. A Porsche 911 (991 II) GT3 from 2017, which Minichamps has produced with doors that open all around, a perfect look and limited to 222 pieces in rare Carrara white (113067032).