Just in time for the season highlight in Monaco, the Aacheners present a number of interesting show cars, which show the head protection system in the model 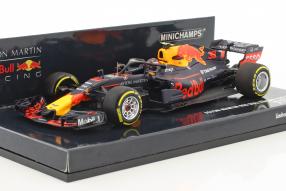 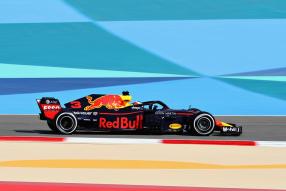 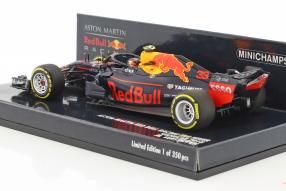 Granted that the Halo system could be translated in German with Heiligenschein, it initially draws a smile, but the properly described as a secondary roll structure headgear is an important milestone in the effort to make even more safety in the cockpit of Formula 1 and other monopoly racing classes. Although the drivers were initially against the introduction, the FIA decided in July 2017, against the votes of the nine out of ten teams, to introduce the system designed by Mercedes-AMG F1 for improved protection of the driver's head with the 2018 season. Of course, that also means that the model car makers had to adjust to it, as the miniatures for 2018 should also have this new accessory. Minichamps has now released the first models, which brings the standard Halo wide-area in the showcases.

The first miniatures have already been made with the preliminary design for this head protection, but with the deliveries this week, a total of six model cars came to three teams in the retail trade. So-called showcars, so previous year's vehicles in the livery of this season. The most striking are the Sauber, because they bear for the first time the logo of team sponsor Alfa Romeo on the engine cowling. The classy paint job goes well with a racing car, but as we know today, the car equipped with a Ferrari engine has not yet proven to be the big hit: the best place was a ninth; Sauber-Ferrari is only eleven points ahead of Monaco on the penultimate place of the Constructors' Championship. Minichamps has designated the drivers Marcus Ericsson and Charles Leclerc as drivers on the two miniatures, which are limited to 326 units each.

The carbon structure of the Halo system is also very well modeled on the model cars to Max Verstappen and Daniel Ricciardo: Minichamps has done in this regard, just as little a defeat, as in the vast majority of models. Their appearance corresponds to their role models; the workmanship is exceedingly good. So, a compliment to Aachen. The Showcars by Verstappens and Ricciardo's 1:43 1:43 Aston Martin Red Bull Racing cars are limited to 350 and 150, respectively. The Brendon Hartleys and Pierre Gasly Red Bull Toro Rosso Honda models are based on the Toro Rosso STR 13 and also come with the Halo, whose prototype can withstand 15 times the static load of a complete vehicle, and a driver's chance of surviving by 17 percent elevated. Minichamps delivers 150 pieces to the Toro Rosso.

Click: Here for the new model cars from Minichamps