Norev surprises us, after the Citroën C4 Cactus, with a cheap model of a protype from current production / vintage days in the Classic Remise 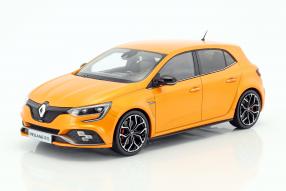 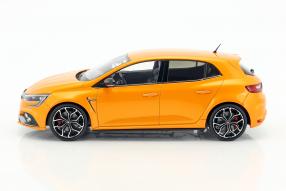 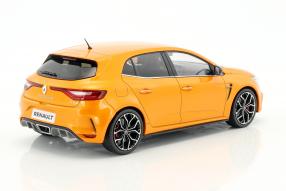 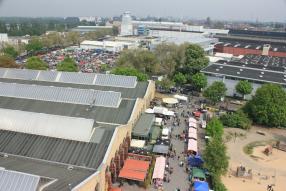 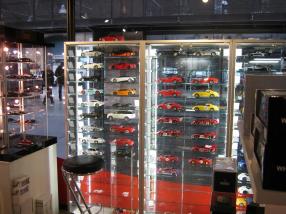 Just recently we introduced you to the Citroën C4 Cactus 2018 and were very excited about the finish of the brand-new diecast model car of the French from Vaulx-en-Vaulin.  Then Norev's second miniature appeared as a car, which hasn’t been long in the dealers' showrooms, but is still offered at a very reasonable price. The Renault Megane RS 2017, in 1:18 scale, from Norev with the color tonic orange appeals to the fans of sporty cars à la VW Golf GTI. In terms of form, lines and appearance, the model car corresponds exactly to the prototype presented at the International Motor Show in September 2017. Let's take a look at the model of the sports version of the family sedan, which can be found under item number 185225.

The Renault Megane has been on the market since 1995. The prototype for our miniature corresponds to the fourth generation. In the sports car - the R.S. stands for Renault Sport and is also in the name of the Formula 1 cars from Renault again - is a 1.8-liter petrol engine with turbocharger, which provides 206 kW / 280 hp, which you will find in a similar form in the Alpine Find A110 again. Only since the end of January 2018 is the Megane R.S. sold. The model car is so - as mentioned - cutting-edge. And it excites us in its design: radiator grille and headlights are meticulously reproduced exactly and fit seamlessly into the environment of die-cast zinc. The same applies to glazing and the transparent red colored taillights. A real hit is the replica of the brake system with the also red brake calipers.

Clearly, this model car is qualitatively the first league, although it is priced significantly lower. The excellent finish continues in the front on the silvery spoiler bar and can also be found in the attached iron door handles. The exterior mirrors are precisely reshaped and set in black. Collectors and Renault drivers can find subtle brushed chrome at the door edge and the door handles. The rear diffuser and the interior were also replicated in an informative manner. Although doors and hoods remain closed, the model car owner can see all the details of the instrument panel and seat. The door inner panels are also without exception in the finish copied. Our verdict: five stars!

On the weekend: visit us in the shop in Berlin

But now we come to a few lines for ourselves. This coming weekend in Berlin, the 31st Oldtimertage Berlin-Brandenburg, which take place in the Classic Remise in the former tram depot on the Wiebestraße. On Saturdays and Sundays from 10:00 am to 6:00 pm car enthusiasts and owners of cars of all vintages meet in the region's largest vehicle and parts market. Special exhibitions and motorcycle meetings, club stands and the 13th AvD "Rund um Berlin Classic" transit complete the program. Visit our shop in the Classic Remise on the Wiebestr. 36-37, where we look forward to the latest from Minichamps, GT-Spirit, CMR, CMC and Schuco.