It is close to the race track in Austria, on which the penultimate weekend for the season is carried out. Model-car supplies are also running out. 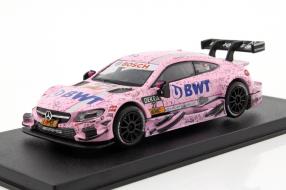 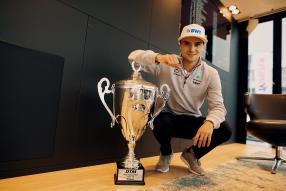 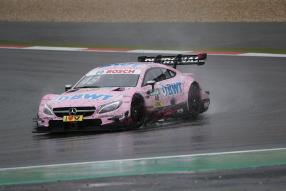 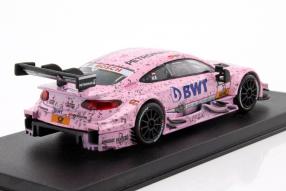 25 points for every victory in the DTM and therefore the title fight before the penultimate race weekend of the season is still completely open: The driver rating is led by Mattias Ekström on Audi with 136 points, but the second-placed Lucasauer on Mercedes-AMG is with 127 points on his heels. On the third place, René Rast lurks to Auer with only three points, so that he can be really hot in the Audi sandwich for the 23-year-old Austrian on the BWT C 63 DTM with the starting number 22. Dochauer is confident: Of course, I'm really looking forward to my home race in Spielberg, I've been driving a lot of laps on this circuit, and the course is especially friendly to the spectators, and I think the circuit is pretty much the best in Europe, where everyone can feel good."

Auer enthuses: "There is good food, a great show and fine places with the best view of the track, and we have to wait and see how it's going to be for us but I am confident, although it was difficult for us last year - that is no secret, but we are waiting to see what the weather is doing. " The nephew of the former Formula 1 racing driver Gerhard Berger has already been top of the podium this season already three times. He started his career in Kartsport in 2001 and had good years in Formula 3, to which he can look satisfied with second to fourth places in the final bill. Auer has been racing in the DTM since 2015; in the final ranking from 23rd to 12th place (2016) to currently second place. Run with him!

From 2008 to 2012 he entered the Porsche Supercup, René Rast won in 2010, 2011 and 2012. In 1996, he began his career in karts, in 2005 he went to the touring cars and won directly the ADAC Volkswagen Polo Cup. Two times Rast has represented a colleague in the DTM 2016, so came to the Audi Team Rosberg. At the second race weekend in 2017 he was on the podium for the first time; today he takes third place. The DTM seems to lie with the 30-year-old Minden. 2004 and 2007 respectively winning the championship, Audi driver Mattias Ekström has more experience than his challengers. The 39-year-old Swede won the Rallyecross World Cup in 2016 and is regarded as a favorite for the victory in the DTM this year. But the Mercedes-AMG riders are feeling an upward trend, ranking second among manufacturers.

498 points, 52 points behind Audi, there is still something. Ulrich Fritz, Mercedes-AMG Motorsport DTM Teamchef: "After our strong weekend at the Nürburgring, we still have three riders in a good position in the title match. Luggi on position 2 has of course the best cards of our guys, but Rob and Paul were in the last races in an impressive form, and if they can hold them, the two have all the chances. " Last year, Spielberg did not have the Mercedes AMG, but Fritz is convinced that the engineers will find a better setup this year. For the fans of the DTM racing cars it will now be time to supplement their showcases. The limited models from Minichamps to the DTM 2016 are slowly sold out.