Porsche and Mercedes-Benz bring out coveted miniatures specifically for the IAA. When you&#039;re late: there is still hope! In addition: 2017 Formula 1 Ferrari from Bburago 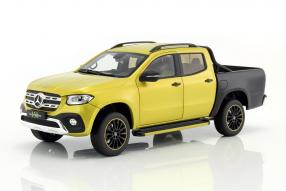 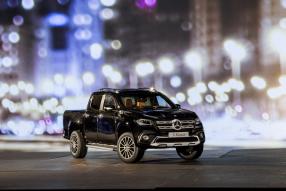 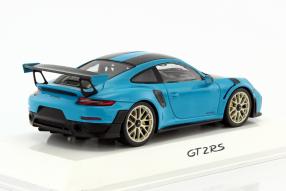 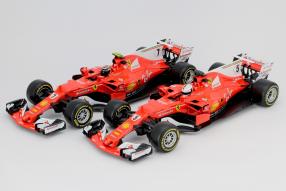 The 67th IAA International Motor Show in Frankfurt will be open from 12 to 24 September 2017; starting Saturday the public days. For the collectors of Modellautos, the fair at the Main has always been of great importance, the car makers usually bring out special modellautos. Especially in recent years, the number of miniatures, which were sold in certain paints and only in very small numbers at the fair, grew. This trend continues unbroken to this day. At the forefront are Mercedes-Benz and Porsche. The brand with the star relies on a special model of the brand-new X-Class, the noble pick-up, which will certainly foul the VW Amarok. Porsche, on the other hand, offers miniatures of the 911 GT2 RS as special editions. We participate in the special program and have two exclusively painted Porsche 911 GT3.

The Mercedes-AMG Project One is sure to be an eye-catcher at the exhibition grounds in Frankfurt, but the fans of Modellautos the brand will look much more at the X-Class, which Mercedes-Benz sells as a measuring model in cooperation with Norev. The Diecast Modellautos in the 1:18 format, which have received a two-color lacquer in lemon yellow and matte black, are limited to just 150 copies. In the detailed reproduction, driver and passenger doors as well as the tailgate can be opened in the loader space of the flatbed. The interior trim as well as the replicas of the wheels are also adapted to the Bicolor style and give the model car a detailed look. Very large cinema: the miniatures carry numbered plaques in the loading area!

Those who miss the rare special model soon have an alternative: For mid-November, Mercedes-Benz announced a limited edition of the X-Class Modellauto in both black and white colors. The new V-Class Limited Edition was also traded at the fair. The 1:87 model car has also the color Hyacinthine Metallic as well as the equipment night package, which puts on black accents in the exterior. In addition, the model car shows the AMG line. The driver's and passenger's door as well as the right sliding door and the tailgate can be opened. The interior is black. This model car of the new V-Class is limited to 1,000 pieces and also comes from Norev. To our regret, the miniatures we had for you are already out of print. But we have something even more wonderful!

Porsche and the 911 GT3 from ck-modelcars

Spark delivered the model car of the Stuttgart to the Main, the brand-new Porsche 911 GT2 RS, which as the strongest series-ninth in the history of the house. With 1,000 units, the Hugo Ripert team has brought a handy, beautiful model in the outfit of the so-called Weissach package, a supplementary equipment that optimizes the performance. The miniature is painted in Miami blue and packaged in an appealing advertising box in carbon look. The models of the Porsche 911 GT3, which are only available with ck-modelcars in the colors sapphire blue metallic and carmine red, are even narrower with 333 pieces each; in 1:43 scale, from Diecast and the production of Minichamps! Genuine exclusive models, to look at the top of the video in detail. By the way: First pictures of the Formula 1 Ferrari from 2017 from the house of Bburago are already there.