With the race weekend in the Eifel the last third of the championship starts. New BMW model cars from Minichamps in 1:18 and ck-modelcars packs for the ring. 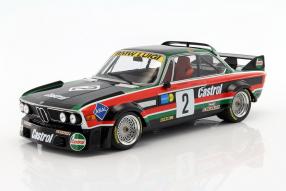 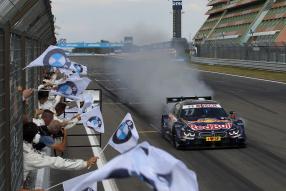 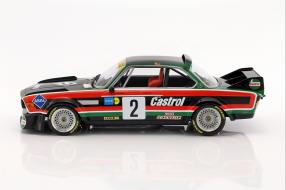 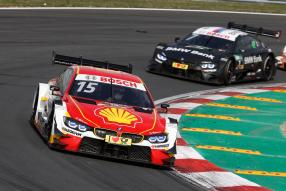 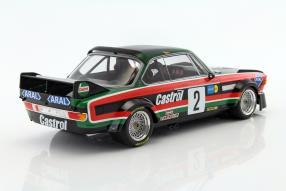 From 8th to 10th September 2017, the DTM will be hosted at the Nürburgring, which this year celebrates its 90th birthday. Opened on June 18, 1927, the racing circuit is, so to speak, the mother of all racing circuits in motorsport and has gained a unique status through the legendary north loop. The British Formula One World Champion Jackie Stewart was the one who described her as a Green Hell and thus contributed to the myth of the Nürburgring. The DTM also drove to the north loop by 1993, but the cars of Mercedes-AMG, Audi and BMW have already thundered over the Grand Prix circuit opened in 1984 and 3,629 kilometers. Stefan Bellof's legendary 6: 11,13 minutes, in which he circumnavigated the Nordschleife on Porsche 956 in 1983, remains a record for eternity: also reflected in the Stefan-Bellof-Collection.

This is also available at the Nürburgring, as the newest modellautos, the ck-modelcars with the sales stand in the ringboulevard on the large video canvas for you ready. Among them are the new BMW 3.0 CSL in Minichamps, 1:18, which are available since yesterday, one of which is very well suited to the ring, namely the model car of Team Luigi Racing, which is equipped with the drivers Hughes de Fierlant, Gunnar Nilsson and Claude de Wael hervorging 1976 as winner of the Grand Prix of the touring cars on the Nürburgring. The model car from Diecast was limited to only 804 units and is available under item number 155762502. The second miniature is the BMW Italia car, with Umberto Grano and Jean Xhenceval occupying the second place in the Touring Car Race in Brno in 1978.

The starting position for BMW at the Nürburgring

This model of the BMW 3.0 CSL is limited to 402 units and is listed under the number 155782501. But we are now switching to the upcoming weekend and staying with BMW: BMW Motorsport is traveling to the Eifel after two strong races in Zandvoort for the seventh DTM weekend of the season. Before the races at the Nürburgring, Glock is the best-placed BMW driver in the driver's evaluation. He currently ranks fourth with 104 points, his gap to the top is 24 points. Martin is followed by Martin as the fifth with 102 points. In the manufacturer's rating, BMW is currently ranked second with 405 meters. Audi leads the result with 518 points. The driver table is a pure Audi matter with Mattias Ekström, René Rast and Mike Rockenfeller. Nevertheless, BMW's expectations are high after the good result in Zandvoort.

To this end we have embedded a current video. BMW Motorsport Director Jens Marquardt: "The history of BMW Motorsport is strongly rooted in the Nürburgring, so we are looking forward to returning to the DTM again. Since our comeback in 2012, we have experienced successful weekends in the Eifel We are looking forward to the second half of the season, which will be the last season of the season the weather is an unpredictable factor at the Nürburgring. "

A declaration of love

Marquardt is looking forward to a great, exciting and hopefully successful race weekend, so his words. Stefan Reinhold, as Team Team BMW Team RMG, gives us a declaration of love: "The Nürburgring is the home race for our entire team, and we can all say that we all love the Nürburgring and that we have very good memories of the past years. That is why we go for the weekend with a great extra portion of motivation. " The spectators at the Nürburgring can look forward not only to the beloved sound of the engines, but also to a special highlight in soothing sounds of a different kind in their ears: On the stage of the ARD Chartshow, Anastacia will take place on Sunday, September 10th. We wish you a great weekend, have fun at the Nürburgring and look forward to your visit.

DTM Nürburgring, coming this weekend: ck-modelcars is on the spot, in Ringboulevard directly at the big video screen. We look forward to your visit!