GT-Spirit, modelissimo and ck-modelcars offer the true fans of really cool and racy Sportcoupés a new exclusive model in 1:18 scale 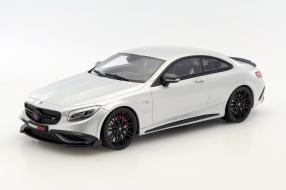 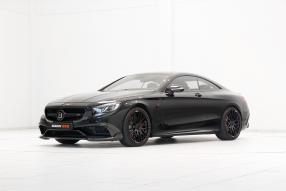 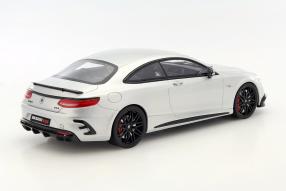 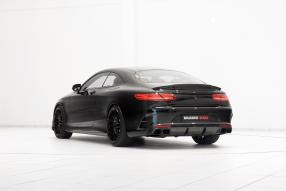 There are cars that can really only be afforded by those who have a bank account like that of the married couple Geiss, who is fascinated with the insights into his life the viewers of the private RTL 2. Porsche, Bentley, the fattest Audis and Mercedes-Benz belong to the fleet of the former textile company, which has been reintroduced into the market of the T-shirts with a new label. We do not know if he has a Brabus 850 on the basis of the current S-Class Coupé in his garage, but we can assure you that you can afford this dream car if you purchase the model car 1:18 GT- Spirit is considering. And we advise you to do so, because the exclusive edition of the impressive two-door model from the Ruhrpott exclusively limited to modelissimo and ck-modelcars is limited to only 504 copies.

The Brabus 850 6.0 Biturbo Coupé celebrated its debut on the basis of the Mercedes S 63 at the Geneva Motor Show and accessories 2015. It has been regarded as the fastest and most powerful all-wheel coupe in the world since the eighth cylinder of our model is 625 kW / 850 hp And the maximum torque on the crankshaft is 1,450 Newtonmeter (Nm). Brabus is accelerating from zero to 100 km / h with 3.5 seconds and limits the top speed to 350 km / h. From the perspective of the Bottrop-based tuning company with manufacturer status, the second-door driver not only impresses with its unique performance, but above all by its sporty and elegant design with visible carbon aerodynamics components, 21 inch high-tech forging and the exclusive Brabus fine leather interior .

More often, we have written in our blog articles that modellautos would not be possible to such models, if there would be only zinc die casting as the main material. The polyurethane resin resin used in this model also makes smaller series possible due to its lower demands on the mold construction and makes it economically viable. The silver-lacquered model of the Brabus 850 - that this is only exclusive with modelissimo and ck-modelcars - would be different from Resine plastic not feasible: mainly because of the delicate splinters or attachments, in the area of ??the extremely shaped bow apron And the sides of the tailgate trim.

The crisp bottom is the best

The special strength of the French is the unmatched design, which GT-Spirit is the manufacturer of these parts. The quality of the execution of the bow apron, the interior life of the headlights, radiator grille as Heckdiffusor is unique. Brabus as a licensor is likely to have a great pleasure in the quality of the radiator grille mask as well as the interior of the miniature: faucet panels, center brackets, seats and the controls have implemented the mold makers bravely in the so-called Bburago format. To put it bluntly, the best thing about the Brabus 850 is the chocolate side of the model as well as the model. A model that appeals to the true fans of high-performance cars and is likely to hit the mark with the finish: the Burner! If Robert Geiss sees it this way?