The rally world champion became the legend under the nickname Der Lange. He is a guest at Retro Classics Stuttgart. OttoMobile brings the San Remo 911 in 1:18. 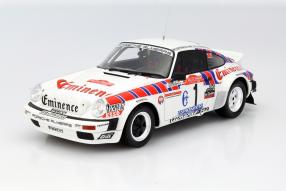 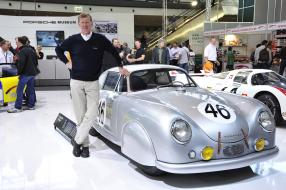 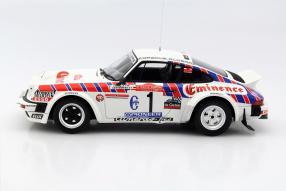 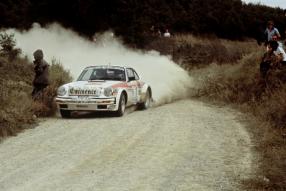 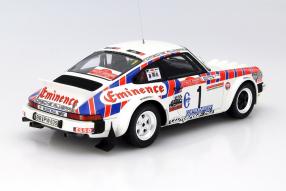 On the weekend we had announced it already: ck-modelcars is represented at the Retro Classics Stuttgart and brings for you the newest model cars to Europe's largest oldtimermesse. The opening will be open from March 2 (1:00 pm to 7:00 pm) until March 5, 2017. Friday to Sunday, the exhibition is open from 9:00 am to 6:00 pm: We are located in the entrance hall . In the Porsche hall, Hall 4, an opportunity will be presented next Saturday to meet the representatives of the Stuttgart and single rally champions of Germany - Walter Röhrl. A few days before his 70th birthday, the two-time champion will be waiting for an autograph hour at the Porsche stand on March 4th at 2:00 pm: The opportunity for you to experience the rally idol live.

On the occasion of the 14th of March, the Porsche Museum will be the occasion to honor Walter Röhrl's special presentation "Genius on Wheels" in Zuffenhausen. On the other hand, we are looking at the models of the Röhrl and Porsche models in the camp. They also tell the exciting life story of the racing driver born in Regensburg on March 7, 1949, who completed his commercial training at the Bischöflichen Ordinariat Regensburg . Hardly in possession of the driver's license, Röhrl became the driver of the Dr. jur. Henry Zenglein. At this point, we would rather not imagine how quickly Röhrl chauffected the administrative staff of the diocesan, who was responsible for seven dioceses, from site to site.

Immediately before the start of his professional career as a rally driver (1973), Röhrl completed his apprenticeship as a state-certified ski instructor and later met Herbert Marecek, who was the rider of the rally sport and became his first co-driver by joining the Regensburg ski club. At the same time organizing the financing of rally operations between 1968 and 1970. At the end of the career 1992, two FIA World Championship championships (1980, 1982) and the European Championship 1974 were held. They included: 14 victories in rally World Cup races - one with Copilot Jochen Berger, all others with Christian Geistdörfer. Röhrl himself holds his four victories in the Monte Carlo rally, which he won with four different brands: 1980 Fiat, 1982 Opel, 1983 Lancia and 1984 Audi.

Let's look at a model car as an example from the career Röhrls, which is by the way exclusively available at ck-modelcars: Ottomobile presented a detailed, highly detailed model car with model Röhrl and Geistdörfer from 5 to 10 October 1981 At the Sanremo Rally. The race on asphalt and gravel was part of the Rally World Championship in 1981, but Röhrl did not compete because his new employer Mercedes-Benz had already set off before the Monte Carlo rally. After San Remo he drove and occupied the 911 SC of sponsor Eminence. Ck-modelcars and Ottomobile conclude with this 1:18 model car from the point of view of the fans of Porsche a gap as painful felt; The impression of the model limited to 1,000 copies fits perfectly.