The legendary vehicle from the endurance racing comes in two versions, both of which were developed exclusively for modelissimo and ck-modelcars.de. 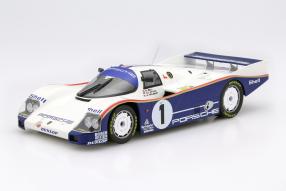 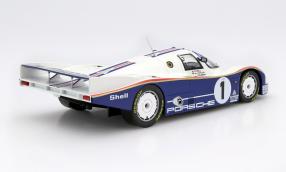 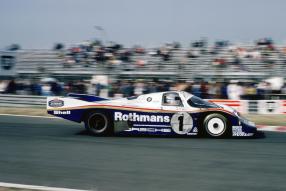 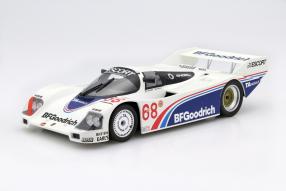 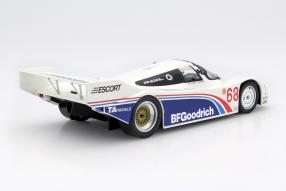 Porsche, Porsche and no end, dear friends of small but refined model car: In the last three blog articles in the 991 Carrera S Endurance Racing Edition and the new releases were to the cars 935, 917 and 956 of CMR in the focus of our interest; each in 1:43 scale. In the next week we accelerate the Porsche 962, the development of the 956, to which the French modellers label Norev introduces new variants. Miniatures for role models from the long tradition of Porsche are among the fans just a hit, and it does not matter if they tell of the history of motorsport or reduce the cars off the road. Therefore, Porsche plays just as well in the blog an important role. Now we look forward to the 962nd

Let's look at the first model car under the two new products, which almost offers itself with the number 1, to be examined first. Modelissimo and ck-modelcars.de offer under the article number 187400 to the replica of a Porsche 962, which was parked by his drivers Derek Bell, Hans-Joachim Stuck and Al Holbert on the highest place of the podium of the 24 Hours of Le Mans 1986th The model of the Rothmans Porsche is limited to 1,000 units and made of die-cast zinc. To open doors and hoods and a downsizing of the motor looking and feel in vain, but the model car with a purchase price of 59.95 euros, more than half cheaper than similar miniatures with functional parts.

The key data for Porsche 962

In the exterior decoration and the design of the cockpit, the fittings and in the execution of the replica of rims and tires no concessions should be made. The Porsche 962 was a presented in 1984 variant developed in 1982 for the FIA ??Group C Porsche 956 that also fulfilled the provisions of the American IMSA racing series. The new chassis could be used by teams in both series, equipped with Group-C-compliant technology called Porsche 962. After 27 copies of the 956 Porsche built the 962 total of about 90 race cars. In the eight between 1984 and 1991, around 54 wins and numerous championships were retracted. Thus, the 962 is considered the most successful racing car.

Since customer teams aerodynamics, chassis and engine advanced is to make at this point difficult for us towards you detailed information, for example, for performance without researching for months. Therefore, we restrict ourselves to the basic indication that the six-cylinder turbocharged engine from its 2.9 liters of displacement 500 kW / 680 hp took that were sent via five-speed gearbox to the rear wheels. The Porsche 962 with # 1 and Bell, Stuck and Holbert driving was a works Porsche and launched on 31 May 1986, the 54th edition of the race at the Sarthe. He ended the race after 368 laps and 4,972.731 kilometers driven. On average, the drivers were 207.197 hours kilometers quickly.

A craft as good a model - like the aforementioned model car with enclosed stickers with the name of the sponsor of the tobacco industry - the 962 with start number 68, also limited to 1,000 pieces and the winner of the Los Angeles Times Grand Prix at the circuit in California Riverside 1985 imitating. The Team BFGoodrich trusted in the skill of the driver Pete Halsmer and John Morton. A model that has never met us and is likely to remain as a model an exception. Since Modelissimo, Norev and ck-modelcars.de a good role model choice made; high is the model of the 962 as the one with the # 1 on the amount of time.


We wish you a good start to the week!