Kyosho has secured the license to downsizing a brave family sedan in the classic middle class in the 1:43 scale. 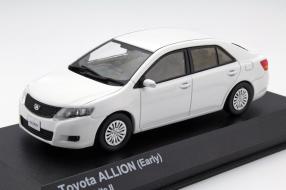 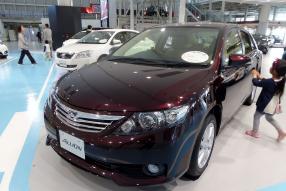 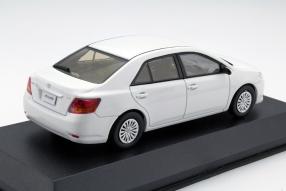 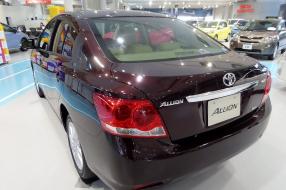 Today, there is once again a personal approach in this blog: Can you actually imagine that a blogger can have a really bad conscience when he writes the posts that appear here? Yesterday Mercedes-Benz, Porsche the day before, again Mercedes-Benz and so on - articles on models after protypes from German premium label in exchange; always accompanied by the fear that it might be boring to you readers. Since the heart of the blogger downright opens if the model of a mark will appear, which adds a little variety to the game: Today there are Kyosho and Toyota, which provide the Allion a model car modeled after a brave midsize sedan and thus once the world leader in the automotive industry in guesting us leave.

What is the Toyota Allion?

Comparing the part progressively designed Toyota that this country fills the streets - about the Auris or the Prius - then the Allion like a car from another era, namely relatively well-behaved and calmly appear yet: A conservative notchback design in classic expression, not just with an implied rump. The Allion, as it presents itself to us as a model, already launched in 2007 as a successor to the first generation of this series and now brought a facelift to the Kyosho introduces the model car. It is powered still about fifteen feet long, four-door sedan of engines with a displacement, which starts at 1.5 liters and 1.8 liters ends already at 2.0 liters.

The little 1.5 liter engine 81 kW / 110 PS; the 1.8-liter is available with 92 kW / 125 PS and 100 kW / 136 hp. Top model is the 2.0-liter with 116 kW / 158 hp. Four-wheel drive, there are the smaller 1.8 liter. These are very conservative performance that match the exterior of Allion and are more suitable for transportation as driving pleasure. The information early and late on the bases of the model car available for the trim levels since the facelift. The miniatures are in shades of Super White II White, Dark Blue Mica Blue, Silver Metallic and Black Mica Black available and each cost 49.95 euros. We know Kyosho primarily as a manufacturer of car models in 1:18 scale, in which the brand by high manufacturing quality and low clearances knows how to score.

For example, in the models of the Audi R8 both generations, the BMW Z8 and the first Audi Q7. Qualitatively makes the model carmaker also at Toyota Allion no compromises. Doors and hoods remain - as in this size usual - closed but finish and quality of the miniatures is good. The add-on parts such as headlights and taillights sit perfectly that door handles look almost functional. Proportions and appearance of the prototype has as one might expect perfectly made, so that the collector of Japanese car models can look forward to a great novelty Kyosho. Just out are also more variants of the Toyota Land Cruiser, which I can attest to a high level from a qualitative point of view also. Our grading for Toyota: A B+.