Schuco presents a fantastic model car W113 at a time to the rising anticipation for a matching Event: Annual meeting of the pagoda-clubs 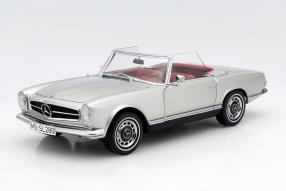 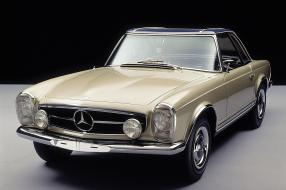 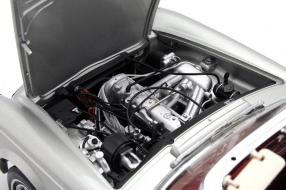 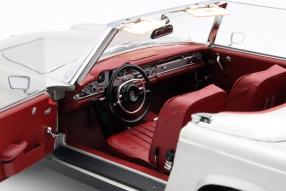 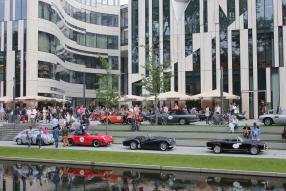 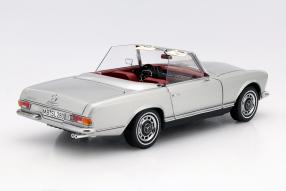 It can't be moreGlorious that i sexactly the first impression when you see the Mercedes-Benz SL of the W 113 series in 1:18 scale, to the tradition of rich Label Schuco now like to put in the display case us. In the recent past we were more accustomed to the focus of the model car manufacturer on the 190 SL / W 121 B II and the Gullwing 300 SL / W was directed 198, but now brings its successor on. Impressively beautiful details, a consistent look and feel and a great finish distinguish the miniature by Schuco. Certainly also to the delight of regional clubs of the Mercedes-Benz SL Club Pagoda, which gathered 150 of the great roadster from 12 to 14 August 2016 for the 35th annual meeting on Kö-Bogen from Dusseldorf, the spectacular building complex designed by Daniel Libeskind on Königsallee.

35th Annual Meeting of the pagoda-clubs

These are really beautiful news for the Düsseldorf and the friends of the well most desirable cars that have ever lived on the streets of the world: The Regional Club invites on the second weekend of August, a 35th annual international meeting, especially on the last day, Sunday, comes up with an absolute highlight: for on that day will take place on the Düsseldorf Kö-Bogen is a final event instead, may be to inspect them the magnificent vehicles in the morning. Expected are about 150 models of two-seat convertible from 1963 to 1971. Nicknamed Pagoda was the style icon because of the inwardly curved shape of its hardtop, which is reminiscent of a Japanese temple.

The Mercedes-Benz SL meets am Ko Bow on an amazingly beautiful setting, as we were able to convince the beginning September 2014 at the finish of the "Classics à la carte"; the aim of a charity rally, which ends every year in Dusseldorf and makes possible aid for children who have come in war zones to damage. about 2 years ago for the first time gathered Oldtimer at the great building complex, which is also known as the crown of Königsallee. The Kö-Bogen is a created in his design unique, by New York star architect Daniel Libeskind and the "the developer" Projektentwicklung GmbH building complex of 2 houses, an intervening Piazza and the Court Garden lying behind him, the Hofgarten Park aligned terraces.

The car with the nickname pagoda was in versions 230 SL (1963-1967), 250 SL (1967) and 280 SL (1968-1971) with your choice of manual or automatic transmission. In top compartment dozed fabric top. In winter, the name has been decisive in its handling very heavy set hardtop strikes. The W 113 marked the transition from the round shapes of the previous model to a more objective style. The goal in the design development was to clearly delineate the predecessor and to strive for a masculine appearance. Smooth surfaces, much usable space and the waiving of decorative elements characterize the Pagoda SL; built 48,912 times. The vertical headlamps also determine the first impression of the model from Schuco.

First class details on the model

And that is made in the known high-grade Quality: A coherent appearance of the proportions exactly taken, filigree crafted details on the radiator grille, headlamps and the chrome parts to the filler cap. A meticulously nachgezeichneter engine compartment with ignition cables, throttle linkage, the master cylinder and even contrasting negative and positive poles of the battery terminals to ensure respect and recognition, the creators of Schuco opposite. Stilecht the instruments that magnificent instrument panel and the barren interior door panels. A black painted hardtop is included in the price of 159.95 euros and rounded off to be evaluated with a grade 1+, great impression of the model in die cast zinc with around opening doors and hoods created.