Until April 10, the world&#039;s largest classic fair in Essen is the number one topic In the car scene. Matching we introduce the 911 R from Spark. 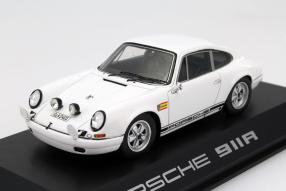 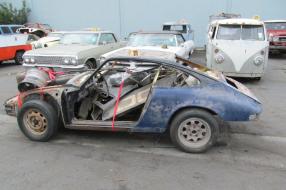 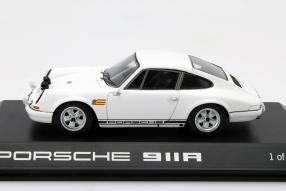 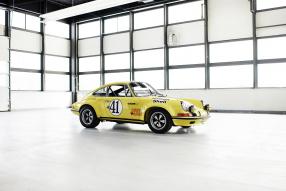 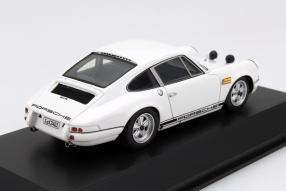 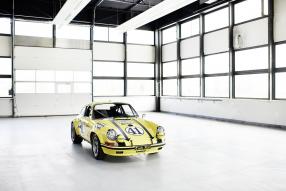 To deal with classic Porsche, which is in Zuffenhausen cause of Porsche Classic. Accordingly, the corporate branch on the world's biggest classic fair is active and present in food for the first time a fully restored 911 2.5 S / T, which has been raised from the work of specialists from its slumber in the US to live. For forty anniversary of the Porsche transaxle models also exhibits the models are seen 924-928 on the stand. In addition, Porsche Classic before the new edition of the shock absorber for the 911 model series 993 and a selection from the more than 52,000 positions comprehensive original parts assortment. Model carmaker Porsche Spark and simultaneously present the Porsche 911 R 1:43.

With its skills the sports car manufacturer in the field of car restoration, Porsche Classic proves the example of the 911 2.5 S / T 1972. The sports car a few years ago discovered by a collector and enthusiast in a dilapidated condition in the US has been consuming for a period of two and a half years restored. Just the body of the 911 2.5 S / T asked the experts. So not only a reconstruction of the 911 on the subsequent G-model, but also an accident damage than to deal with, which had been repaired improperly from the perspective of experts showed. Accordingly consuming itself designed the bodywork, which included the demanding dismantling and exported handmade reproduction of the fender flares among others.

From US racer and racing filmmaker ( "The Speed ??Merchants") Michael "Mike" Keyser 1971 purchases, launched the 911 2.5 S / T in the 1972 season with Jürgen Barth in many races in the US and in the World Endurance Championship , In February 1972, he initially denied the 6 Hours of Daytona, then the 12 Hours of Sebring, followed by the Targa Florio and the 1,000-kilometer race at the Nürburgring. At the 24 Hours of Le Mans managed not only the class victory in the GT cars to 3.0 liters of displacement, but also a 13th place in the overall standings. It followed in the course of the racing season 1972/73 further stakes in Watkins Glen as well as Indianapolis.

Another focus at the Techno Classica is the success story of the transaxle sports car. As a special exhibit Porsche Classic presented from the collection of the Porsche Museum a prototype of the 924 in 1974. As with the first production car from 1976, however, sits the engine front, the transmission from the rear axle. Thus, the sports car offered a virtually balanced axle load distribution and outstanding driving dynamics. This support also exhibits from the museum holdings as a 944 chassis, a 968-sectional model and a 928 GTS from the last built in 1995. The Porsche Museum celebrates the 40th anniversary transaxle anniversary from 27 April with a special exhibition and is well represented at the Techno Classica.

Located next to the stand of Porsche Classic will present at the fair also 10 Porsche Classic partners - each with a classic from Zuffenhausen. builds To ensure optimal service and reconditioning of classic cars Porsche international dealer and service network to around 100 Porsche Classic partner further. Expansion, which is as it were the key to get to speak to Porsche 911 R, the Spark performs brand new in the program. The limited edition of 400 copies 911 R is like the godfather of the 911 R, the building Porsche for purists with a manual transmission and the Stuttgart has presented at the Geneva Motor Show 2016th

So now comes the 911 R of the Spark Model car for racing cars, the Porsche in 1967 in rallies, the 'Targo Florio "and also in world record rides used has. 1969 won the model the two rallies "Tour de France" and "Tour de Corse". The very delicately modeled, and thus formally consistent in appearance miniature is common manufactured as Spark and this small series of the polyurethane casting resin Resin, painted in white and to have under item no MAP02020116 for 59.95 euros. Valves, seats and perforated wipers have been worked fantastic, the small auxiliary lights a poem, so beautiful they look. Blinker, Tankstutzen in the bonnet and the decoration and the Fuchs wheels bring a Spark a grade 1 for the model, which simulates the state press conference 1969th