The Aachen model carmaker is one of the premium brands in the industry. That is why we dare a look here at the trade fair presence and 321 novelties. 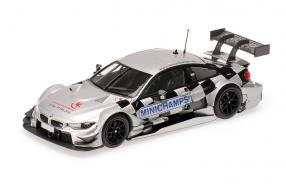 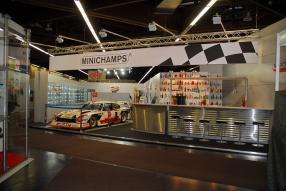 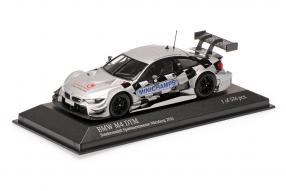 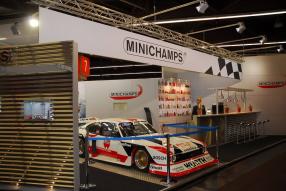 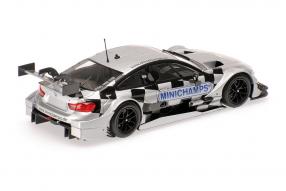 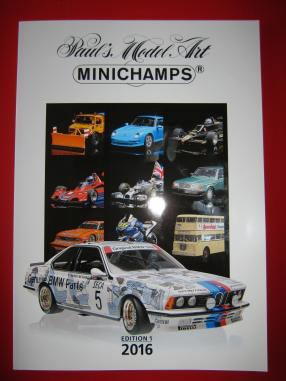 It sounds somewhat like paradise for collectors of model cars: the International Toy Fair in Nuremberg occupied 18 halls with 170,000 square meters of total area, of which 13,300 are occupied by the booths of leading global brands in Hall 12.2. Altogether there are more than 2,800 companies from over 60 countries exhibiting their new products at the largest games fair in the world. The exhibition toy fair is organized from the Nuremberg trade fair and marketing services provider eG. The show is regarded as the leading international trade fair for toys, hobbies and leisure. The purely trade fair expects around 70,000 buyers and toy traders from over 120 nations, who see it not only as an order platform, but also as an industry meeting. The fans must therefore remain rather outside.

Minichamps at the International Toy Fair

The label from Aachen takes on a special meaning for the outstanding position in the market. Toy Fair 2016, the team led by Paul G. Lang and Romy, a four-page PDF file into the net, making the new products for the fans already experienced and which is accessible at the link imbedded here. 321 new items are listed on the overall list. Not counted is the this year's show model, the BMW M4 DTM in 1:43. Let's look at perhaps the most interesting model cars that have to the fans expect from the people of Aachen. We can think of because we have just discussed the subject BMW M1 in the blog, the new car models for the Procar Series, which was founded in 1978 specifically created for the M1. 1:18 Minichamps announces the M1 of Elio de Angelis, who won the race in Zolder 1979th

McLaren at Minichamps far ahead

More M1 come into the decor of the patrol car of Marc Surer, Didier Pironi, Clay Regazzoni and a Procar M1 Plain Body entirely in yellow paint. We like this so clearly styled, timeless unverschnörkelt appearing sports car very much and look forward to the model car to reveal many details. But friends of those athletes who are very recent date, also do not miss out: The entire model range by McLaren Automotive Ltd. Published by Minichamps in scale 1:43 and 1:18; so the 570S Coupé, the 650S Coupé, the Spyder 650S 2014 and 675LT Coupé Longtail 2014. The McLaren-history is in the form of miniatures of F1 and F1 GTR appreciated from 1997 especially in the size 1:18; even further back in time it comes with new models to F1 from the 1970s.

The alphabet begins known as "A" as Audi. Minichamps announces several Renner of Ingolstadt from the era from 1935 to 1939 in 1:43 scale. With some racing coupes of BMW brand and type 3.0 CSL Minichamps models appearing of the 24 Hours of Le Mans in 1977 and by race at the Nürburgring in 1976 and in Spa. The 3.0 and 3.5 CSL race cars were beautiful picture with broad cheeks and big spoilers that will delight fans safely. What 635 CSi also applies to the BMW, the Mini Champs will also bring in 1:18 scale and one of those graces the cover of the catalog in 2016 Edition. 1 Plus, there's the catalog Resin 1 this year. Back to the present bring us the models Brabus 600 GT S, 850 E63, 850 GLE 63 in scale 1:43 and 1:18 for the latest models. In the times of Group 5 of DRM transport us to new models for Ford Capri in 1:18.

Formula 1 cars from the past and the present dominate the new releases list of Minichamps. Stand out the 2-car sets as the "41 victories" which explores the tie between Lewis Hamilton and Ayrton Senna, in terms of the number of GP gained and expresses itself in the cars of 2015 and 1993rd Such a kit is also available for winning the constructors' championship last year; both the way in 1:43. The Mercedes-AMG F1 W06 will accompany us as a model in other versions throughout the year. Likewise, the Mercedes-AMG GT3 Stand Hockenheim and Frankfurt 2015 in 1:43, just the version Geneva 2015 introduces to the Norev in 1:18 in the market. Opel is represented with models for Calibra DTM, another Commodore A and a pre-production Opel GT from 1965th

And of Porsche? As occurred in the program from Minichamps paragraphs 906, 907, 908 and especially 917 to the front and let the 1960s and 1970s back to life. New versions of the 911 series 996 come in like manner as described by various great-Nine yourselfers in race trim the 1970s. For this purpose:. The analysis of the history of the company Williams F1, models of innumerable brand motorcycles Yamaha, Honda and Ducati, and American à la Buick, Cadillac, Chrysler or Ford The new miniatures are also versions of Rolls Royce Silver Cloud and Bugatti Type 57. What we recommend the fans of Minichamps to complete this small survey? Initially secure the latest catalogs from us and perhaps to budget for the one or the other new cabinet, so that the models of the market leader can be properly accommodated.