Model car of nine Eleven from 1993 evokes memories EriDas the author: At a great time with a great car. 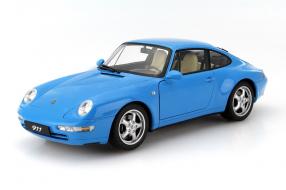 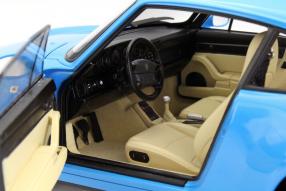 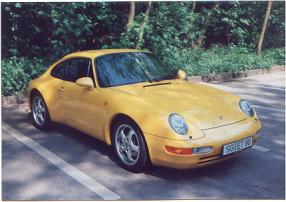 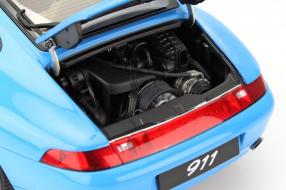 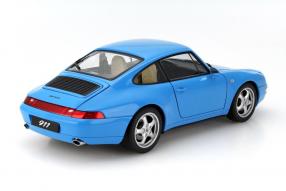 Admittedly, the Porsche 911 series 993 has left a lasting impression in my life, since 1994 I have this special pleasure indulged not only as a model car from Bburago 1:18 scale, but also the prototype. painted his time in the classic Speed ??Yellow I wanted not only the lousy quality of workmanship of the predecessor cars of another brand escape, but also a little everyday. In everyday life, mind you, because the 993 was not a fair-weather car. Equipped he was with much of what was good and expensive: Tiptronic, sunroof, full leather trim and - fine wood inserts in the dashboard and on the fascia in the instrument panel. Only this trim are then tasted by the amount of 6,000 euros as much as a good used car; something that remains forever burned into memory.

And: It was just a super hot car! The performance of the sports car I have to say anything you diehard Porsche fans at this point. I was not a racer who always carried floored. But cruising through the city, knowing that with the 200 kW / 272 hp always enough power is there when I would only need that has simply given a good feeling. Driving on the winding country roads around Solingen made anyway the most fun. Sensational but was unbelievably good workmanship, who gave her last air-cooled nine-eleven in the way the Stuttgart: The carpets were laid fantastic; nothing crackled inside or cracked, everything was as it should be. The small aperture in the roof frames made for draft-free driving at higher speeds on the highway. Trouble: Was not there; the car never had a Macke.

the Porsche 993 was powered by a 3.6-liter boxer engine, which pushed a maximum torque of 330 Newton meters (Nm) to the crankshaft. For the first time there was an automatic valve clearance compensation, what maintenance costs lowered drastically. I had the Tiptronic only 4 courses available; 6 were the manual transmission. How am I 6.6 seconds needed to 100 during acceleration, while just 5.6 seconds until then needed at the manual switches. The top speed was achieved with 265/270 kilometers per hour. The average consumption really talked to 11 liters in limits. From 80 of the spoiler came out automatically, the extremely harmonious hid until then in the hood.

At that time such a beautiful model car of 993, as offered today AutoArt not to have. There was only a miniature of Bburago; toy way with chrome pedals, as then, the Italians just common. Today presented here car model's exact gap dimensions, absolutely harmonious proportions and an appearance that matches the model perfectly. The white flasher characterize it as a reduction in the all-wheel version; the wheels were then surcharge applies the look of a miniature. The door handles and exterior mirror housings have been modeled knowledgeable; as the wiper on the rear window and the two-tone interior. Yes, the good times my 993 are back with this model. At least in the memory. After one year, but were changing needs; he had to get away. His place was taken by an Audi A8 4.2.