Welly has presented with the model in 1:18 scale a real eye-catcher. Not only because of its design, but also because of the grandiose details. 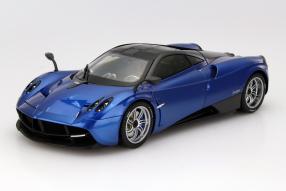 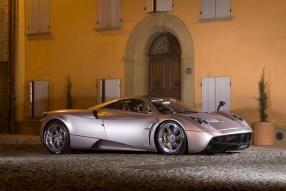 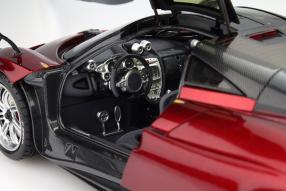 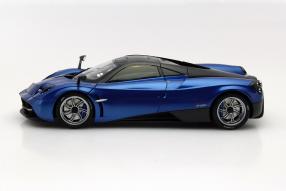 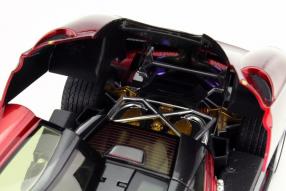 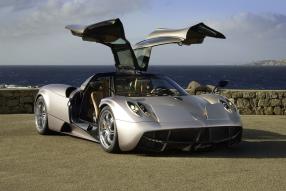 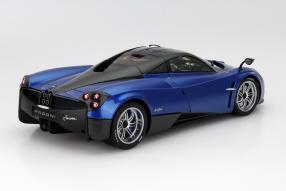 J, Welly gaining respect in the art, for the model cars in 1:18 scale, the label presents us recently, are no longer to beat in quality and finish. A song of praise we can therefore also sing on the Pagani Huayra, which provides details that should drive the techies among you the pulse far into the red zone. Because the car model 2012 first presented supercar is similar artfully in the nature, as only once a month built model. And that has it all, because of the purpose-built by Mercedes-AMG biturbo V12 for the Huayra developed from 6,0 l capacity a maximum torque of 1,000 Newton meters (Nm).

Ventilated with the help of its 48 valves makes the drive set 537 kW / 730 hp, which use the driver by means of a coordinated sequentially switched 7-speed gearbox. In just 3.3 seconds, the race car for the road from 0 to 100 kilometers per hour, which is made possible by the low weight of only 1350 kg accelerates. By comparison, the curb weight of a Volkswagen Golf VII is estimated at 1205-1472 kilograms. In contrast to Wolfsburg bestseller Pagani monocoque was constructed similarly to the cars from Formula 1; supporting element is a CFRP-titanium monocoque. An outer skin and sills of both model and the model of the material can be seen clearly: Carbon spans the cockpit to pass through the exhaust tailpipe trim panels.

the model that you have to have

And that Welly has implemented knowledgeable and scale. The two, mounted on the front and rear of the body, automatically adjustable output aids has considered Welly that should produce aerodynamic balance with the prototype. The small flaps are actuated by an electronic control unit, which also includes the steering wheel with addition yaw rate, speed, lateral acceleration and accelerator position. Again Welly has implemented this detail perfectly. However, the heating elements of the rear window, the shape of the exterior mirror housings and the glass roof panels are testimonies artisanal class modeling - which also applies to the stand of the gullwing doors and the pedals in the interior.

Watch collection in the cockpit

Before the monitors of the Flight Management Systems have been introduced in the aircraft dominated in the cockpits many switches and displays. In the Boeing 747-300 the pilots had 971 displays and switches keep or use in the eye; a widebody aircraft manufacturing today requires attention to around 300. The cockpits of earlier machines were therefore called Uhrensammlung; at exactly something reminiscent of the Pagani Huayra cab. Welly has comprehensively equipped instrument panel to the last switch replicated prototypically and colored accordingly. Material structure and view multimedia screen and instruments deserve our praise. What applies in full to the reproduction of the engine and its subframe.

The hood behind the cockpit can be raised and provides a comprehensive view of the model to V12 free. The motor as well as the structure of the dome is constructed consuming and exactly - it's a truly amazing detailed, while artisanal fantastic homemade model car that Welly offers us for comparably priced 74,95 Euro. Thus a calculation or this price / performance ratio should take other manufacturers as an example. The Pagani S.p.A. Founded in 1992 by Argentinian Horacio Pagani in northern Italy San Cesario sul Panaro near Modena. Pagani has previously worked at Lamborghini and Ferrari as carbon processing specialist. The maximum speed of the Huayra is the way indicated with 360 kilometers per hour; its price is more than EUR 1 million.

With the recommendation, you display the documentation as a model, we say goodbye to the beautiful hopefully also for you weekend.