The success of the British sports car maker grew in 2015 to new heights and led to a considerable number of new jobs. 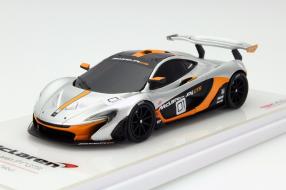 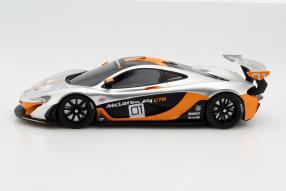 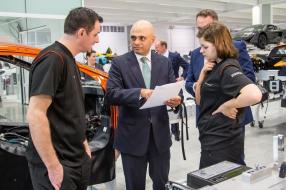 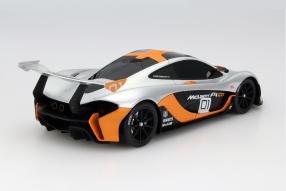 Although it is currently - at least in Germany - is not the weather, in which you can have fun with a supercar, we start with a great message on this issue to the weekend: The sports car manufacturer McLaren Automotive Ltd. could drastically increase through the strong global demand for its model range its deliveries in 2015: More than 1,650 McLaren have the McLaren Production Centre exit last year. By unabated high demand that passed through the Formula 1 world famous company to create 250 new jobs. Rt Hon Sajid Javid MP -.. Secretary of State for Business, Innovation and Skills - welcomed the success and strengthening of the engineering teams during his visit at the McLaren Technology Centre in Woking.

While the sports car production started with the famous three-seater F1, McLaren Automotive didn't really make numbers until the start of production of the MP4-12C in 2010. 2015 has proven to end up being another record year for McLaren: A total of 1,653 vehicles delivered to customers in 30 markets. Global demand for the McLaren model lines - according to the manufacturer especially for the recently introduced Sports Series - has meant that the McLaren Production Centre, a second layer must be introduced immediately and 250 new employees were hired. Welcomes earned the McLaren Automotive in 2015 and the creation of 250 new jobs, the government official Sajid Javid.

During a visit to the McLaren Technology Centre on Thursday, January 7, 2016, said Javid: "McLaren road cars among the most legendary in the world, which is due to the quality of British design, engineering and manufacturing quality. Today's news that 250 new jobs were created, is a sign that the automotive industry in the UK is continuing to flourish "Something that builds in Britain for purely English point of view almost exclusively on the German experience. Rolls Royce and Mini include BMW, Bentley Volkswagen - yet. It remains to be seen whether but one or the other crown jewel must not be sold at the high, due to the exhaust gas scandal Penalties paid in the amount of half the annual turnover.

McLaren in the tradition of great names

The group doesn't want that under any circumstances, but if compensation sums of eg 90 billion euros alone are hawked to the United States, but it could be tight. As you get as a fan of the group quite scared. McLaren Automotive Ltd. is however a purely British affair; Commitment as success must be assessed primarily in the light of the disappearance of earlier, well-known and smaller sports car manufacturer from the market especially.

The fact that Jaguar attaches to new heights, delights us as a car model fans also. On the subject of McLaren TrueScale Miniatures has just released a great model to McLaren P1 GTR modeled after the debut vehicle of Pebble Beach in 2014, which was limited to only 1,000 pieces. This model we presented in detail in 1:43 to reach by following this link to the model articles.

Mike Flewitt to the Financial Statements

The annual financial statements 2015, Mike Flewitt, Chief commented Executive Officer of McLaren Automotive as follows:. "2015 was a year of rapid expansion for McLaren Automotive as the company was set up in 2010, we set ourselves the goal to introduce a new model every year in the year. 2015, we have introduced 5! This accelerated development has resulted in another record year, with an unprecedented demand for our vehicles, especially after the new Sports Series, for which we have now received orders with a lead of more than 6 months. "