Norev makes, with the GTI the anniversary edition, a particularly successful model . You feel almost like the model is on the country roads of Coesfeld. 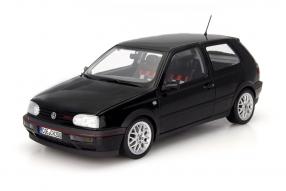 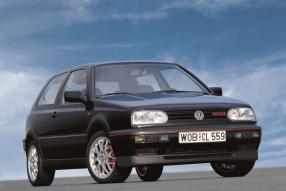 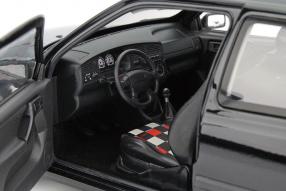 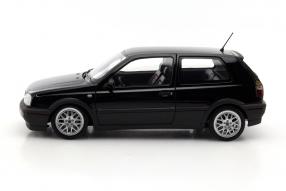 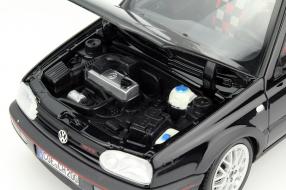 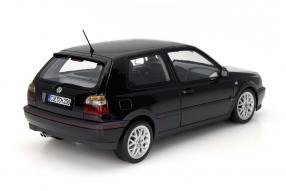 Coesfeld? Why just Coesfeld? Well, very simple: Norev has the model car of the 1996-Golf GTI fitted with the licience plate number COE-CH 200, which certifies the model belonging to the nearby town of Münster. The car itself, however, is a child of Wolfsburg. Namely, a real birthday child: From the autumn of 1991 until the end of 1997 Volkswagen built the 3rd generation of the Golf. GTI: a version series appeared with the letters in the names that have redefined an entire class - As with its predecessors, is also in this - internally designated by 1H. Our focus in terms of the model presented here car here is on a special edition, namely those who celebrated the 20th anniversary of the GTI VW to: "20 years of GTI".


The special edition was available in the years 1996 to 1997 and included stylistic borrowings from the Golf I GTI of 1976. For the first time was a GTI in the form of the special model with a 81 kW / 110 hp diesel engine with turbocharger and direct injection TDI on offer; the petrol version of the base took out his 2.0 liter four-cylinder 85 kW / 115 hp, as GTI 16V 110 kW / 150 hp. In memory of the origin GTI the anniversary car offered red trim strips on the bumpers and two-piece BBS wheels with 16 inch and 215er tires.

Even the interior was inspired Volkswagen from original Golf GTI: Extremely checkered inner tracks of the seats were for example also reserved the anniversary car, as red seat belts, a leather steering wheel with red stitching, a leather shift boot and a handbrake handle in leather with equally red stitching.

The model from the Jubilee Golf

A shift knob in golf ball-shape with inset lens including GTI lettering was also a very significant nod to the successful original model. Norev has also done this beautiful detail very well in 1:18 scale, but with the red stitching, it is not far away. This can be found in the interior of an excellently reproduced dashboard and said, checkered seats.

Each switch, the Norev reproduces on the instrument panel is no better modeled feasible and knowledgeable in the form and appearance. This and all the interior deserve great praise. But that the appearance of the whole body fit and the design of the model exactly corresponds to that of the model, which we must, given the quality of the small anniversary golf but then explicitly emphasize.


Hood, trunk lid and the two doors nestle into a spotless environment diecast; due to the fact that the model from the French carmaker Vaulx-en-Vaulin have opted for zinc die casting instead of resine plastic, the Golf GTI has functional parts that open. The glazing and its held in black border is processed spotless. Similarly, the antenna on the roof.

The engine is also modeled satisfactorily; in the direction of travel to the left of the cylinder head, the three-dimensionally designed plate acts a bit flat, but the mentioned silver highlighted the cylinder head and the equally colored alternator bring in interaction with the white containers for coolant and windscreen washer fluid, a good look into the game.


Of course, the model car to the Golf III GTI Anniversary model has steerable front wheels; We particularly enjoyed the engravings on the front bumper with the exact incorporated turn signals and the adjacent dummy lights. The conclusion can therefore be only good: On Coesfeld - at best with the GTI from Norev.