You have the opportunity to see cars from Michael Schumacher and Sebastian Vettel at the Essen Motor Show until 06 December 2015. 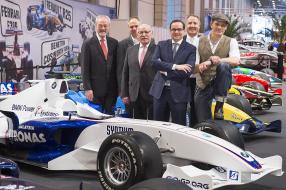 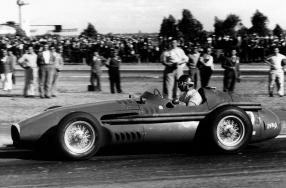 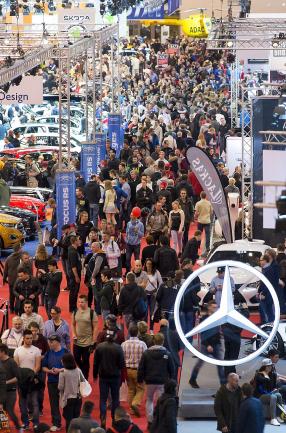 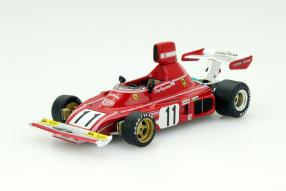 The attended among others the special show, which is the focus of this article: In the exhibition halls in Essen, the current season is the focus of gasoline conversations around the Formula 1, but which now excited just mainly 65 years, the pinnacle of motor sport to the masses. The Essen Motor Show and its inventor - coordinator Wolfgang Schoeller - have put together a starting field of 13 vehicles that traces the trends of Formula 1 until now. Boliden with a front engine of the 1950s up to the cars of today, now two years continuous turbo era.

This entails glamorous names like Juan Manuel Fangio, Stirling Moss, Ayrton Senna or Michael Schumacher. Furthermore, the Essen Motor Show presents among other cars with which current Formula 1 drivers like the world champion Fernando Alonso and Sebastian Vettel were successful. The exhibition shows the enormous technical development of successful Formula 1 vehicles: examples include the Maserati 250F from 1957 and the Red Bull RB7 from 2011 on.

Both race cars are powered by a naturally aspirated engine and are thus indeed conceptually identical, but in the power output are worlds apart. The Maserati has 177 kW / 240 hp, the Red Bull pulls out his smaller 100 cc Renault engine about 368 kW / 500 hp - more than twice as much so. Years of turbo era.

The Maserati 250F is considered one of the finest racing cars in the history of Formula 1. Maserati placed the car from 1954 to 1957, won 8 of 28 races in. Drivers were Stirling Moss (Vice World Champion 1956) and Juan Manuel Fangio, who won his fifth and final world title by car 1957th The Essen Motor Show is the latest version of the 250F, which from the year 1957th

Sebastian Vettel secured the Red Bull RB7-Renault in 2011 a total of 11 times the 1st place and 2nd place 5 times the; also this legendary car can be seen in Essen. But the exhibition has drawn more jewels of the prestigious past of Formula 1 on land. For example, the Maserati 4CLT (1949) by Giuseppe Farina, the Cooper T77 Climax (1965) of Jochen Rindt - the Essen Motor Show was the way from 1970 to 1977 Jochen Rindt-show.

In addition to the Renault R25 (2005) from Fernando Alonso and the BMW Sauber F1.06 (2006) Nick Heidfeld is still the Jordan EJ11 Honda (2001) by Heinz-Harald Frentzen part of the exhibition, the one about the company formula 1 car can bring or rent through this site also home or in your own company.

The Essen Motor Show is Europe's leading trade fair for sporty vehicles. 500 exhibitors this year are with us. On display are sporty production cars, tuning, motorsport, classic cars and motorcycles. There are also other special exhibitions on the topics of automotive design, hot rods, motorcycles, vintage cars, tuning and US Cars. Spectacular live action experience the fans in the DMAX Motorsport Arena where present themselves racing series and drifters. Of course a lot of accessories to admire; ck-model cars is also represented with a stand, as do the loyal fans of our little blogs already.