13.08.2021Lewis Hamilton: First victory on the way to the seventh title

Lewis Hamilton and Mercedes were the winners of the Styrian Grand Prix at the Red Bull Ring 2020. In the modern, Mercedes-dominated Formula 1 era, it sounds like an interchangeable mid-season Grand Prix. So why is there a special model? The Styria Grand Prix was a result of the improvised Corona season. 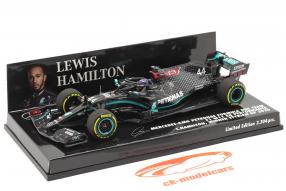 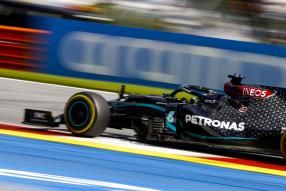 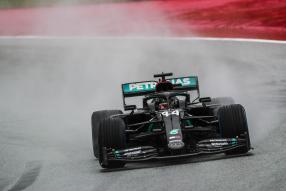 As a reminder: The premier class had long since pitched their tents in Melbourne, Australia, when the start of the season was canceled just a few hours before the first free practice due to the corona outbreak. At that time, Hamilton's Mercedes was still in the garage in silver.

After the thorough calendar restructuring, the 2020 Formula 1 season finally began almost three months later with a double header at the Red Bull Ring in Austria - and with the two Mercedes now in black garment. Stimulated by the protests following the death of George Floyd in the United States, the Mercedes team has since taken a stand against racism.

The victory at the Styria Grand Prix, the second Grand Prix of the year, was not only a pointer to more diversity for Lewis Hamilton, but also to his seventh world-cup title. A week earlier, his teammate Valtteri Bottas had won the opening race. Beaten on the track, Hamilton crossed the finish line in second, but only scored fourth thanks to a time penalty for causing a collision with Alex Albon's Red Bull.

Seven days later, the Briton determined the Styria Grand Prix from pole position and clinched his 85th victory, 13.7 seconds ahead of Valtteri Bottas. The trophy was presented by the driving robot, which was used at the first Corona-compliant Formula 1 award ceremonies.

The model of Hamilton's winning car is made from diecast by Minichamps and is already sold out at the factory. The limited edition in the scales 1:18 and 1:43 is still available from us. 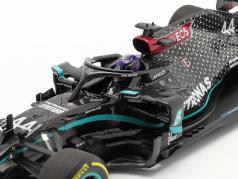 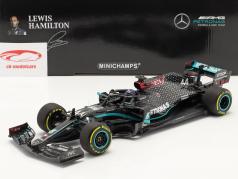