The KÜS Team Bernhard is well prepared for the race weekend at the Red Bull Ring in Styria. However, something has changed in terms of driver occupation for this weekend 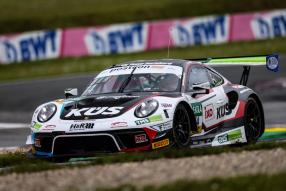 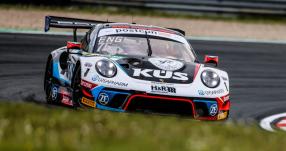 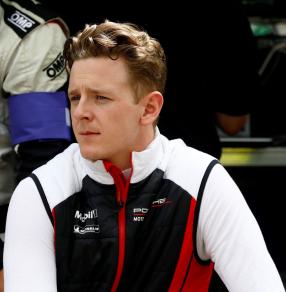 As usual, the preparations for the KÜS Team Bernhard from Landstuhl went meticulously, and unusual - for a race weekend - is the driver line-up in the Porsche 911 GT3 R with starting number 74: During the ADAC GT Masters guest appearance on the weekend at the Red Bull Ring in Austria, Dennis Olsen (25, Norway) will take the place next to Jannes Fittje (21, Langenhain). The Porsche contract driver replaces regular driver Dylan Pereira in Spielberg. The 23-year-old Luxembourger cannot travel to Styria due to a collision with the race of the endurance world championship WEC in Portugal, of which the calendar has been changed, but will rejoin KÜS Team Bernhard at the race weekend in Zandvoort.

However, the line-up in the sister car with starting number 75, in which the reigning GT Masters champion Christian Engelhart (34, Starnberg) and Porsche works driver Thomas Preining (22, Austria), is familiar. Thomas, who showed a real hussar ride in the rain at the season opener of the "League of Super Sports Cars" in Oschersleben, has set himself a strong position for his home game, as does Christian, who placed the Bernhard-Porsche in eighth place among the top-ten.

Team boss Timo Bernhard: “The trip to the Red Bull Ring is just around the corner, where we celebrated our first victory in the ADAC GT Masters in 2016. We took away a lot of positive things from the season opener in Oschersleben, I think we'll be well positioned in Spielberg as well. The cards will be reshuffled, we will see how the balance of power in the GT Masters field with its extreme power density and the shifts that are possible at any time develop there. As an exception, we have a personnel change in our KÜS Team Bernhard with starting number 74. Since regular driver Dylan Pereira cannot be at the Red Bull Ring due to the changed calendar in the endurance world championship WEC - he has to start in Portimao - he will be replaced in Austria by Dennis Olsen. As a Porsche contract driver, Dennis knows the 911 GT3 R very well and will attack together with our regular driver Jannes Fittje in the # 74. At the next ADAC GT Masters race weekend in Zandvoort in July, Dylan will take his place in the cockpit again. We look forward to a good team result in Spielberg."

Both one hour races will start at 1:30 pm. each on Saturday as well as on Sunday and will be broadcasted in full length live on TV-channel Nitro (German TV-channel).