Kyosho has been awarded the contract for the reconstruction of the internally called C205 coupes. At the Los Angeles Auto Show: New GLS, new SL and new Fiat 124 Spider 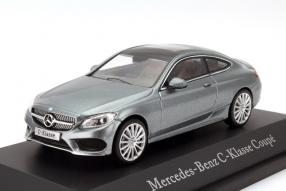 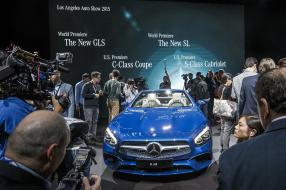 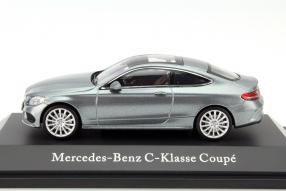 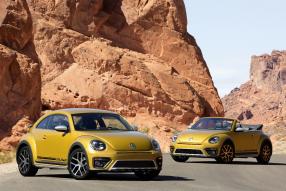 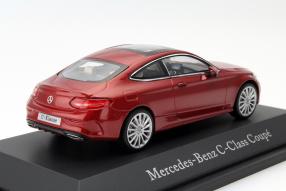 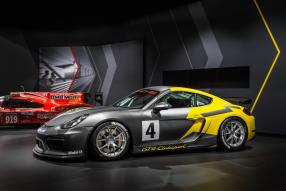 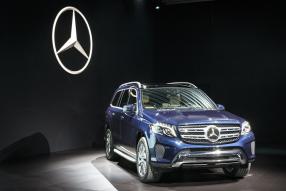 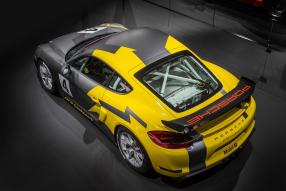 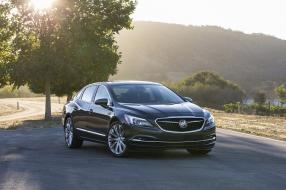 The Stuttgart carmaker are as fast at updating its model range as the company at bringing out the matching miniatures also. In mid-August, the first images were presented by the new Mercedes-Benz C-Class Coupe; Kyosho now has the first two colors of the models in 1:43 scale to have: Under the item number B66960530 in Selenitgraumetallic and with the number B66960531 in Hyazinthrot.

As always with Kyoshothe C-Class Coupé meets the proportions of his prototype perfectly. The impression is correct, the lines thus. Grille, glazing and the depth in the preparation of the grille mesh are top notch. The model appears to match the start of the Los Angeles Auto Show 2015, which to 29 November 2015 its doors will be open to the public on 20 and presented at the Mercedes-Benz 2

Mercedes-Benz focuses at the trade fair at the convention center on the world premieres of the GLS and the SL. In both vehicles is facelifts, with that of the SL with an entirely new front, new headlights and new grille goes quite a distance. But it was necessary, because the opposing lines of the old filament and the recent Grill mask did not fit. Now Mercedes-Benz has the SL aligned with the look of the Mercedes-AMG GT3: Finally harmonious mating lines.

We are already looking forward to the soon-coming model car safely, tap it as the C 205 on Kyosho as suppliers. But it could also turn out differently. Unlike it happened at Fiat: Hardly anyone has expected to continue the successful narrated many years Roadster story out of the house of the Italians, many rumors were drifting, but in LA, the group creates facts

Nthe new Fiat 124 Spider debütiert in Los Angeles
Fiat 124 Spider, the name of the first Roadster of origin since the demise of the Barchetta; after its 10 years last stop production celebrates the rich tradition carmaker almost 50 years after the initial launch of the Fiat 124 Spider whose comeback. Fiat on the occasion of the premiere: "It combines iconic Italian style with a modern adaptation of the original Legend Spider." The car shares the base with the Mazda MX-fifth

The new Fiat 124 Spider is powered by the 1.4-liter MultiAir Turbo petrol engine with 103 kW / 140 hp and a maximum torque of 240 Newton meters (Nm), is switched manually. The automaker promises modern systems for safety and technology for comfort and ease of use. 124 vehicles will also be available as a limited anniversary special edition. Read more in the full video.

What else is there in L.A.?

We find that the proportions of the new roadster are well made; the classic lines of the 124 can be found in the new car again. The interior has filed the Spartan, color-pop charm of Barchetta; Luxury and sophistication in the form of appealing materials dominate the interior. Again, we look forward to a great new car model.

And what other cars are having the tarps pulled? One thing first: Large Car journals can write this more than we do, and we do not want to try to make this competition. Nevertheless - conceal the fairs all over, we want to continue no longer, because with each new car that is shown there, the voltage increases on each model car to do so. Therefore, in brief: Volkswagen finally shows the production version of the VW Beetle Dune as a sedan and convertible.

The crossover model from Wolfsburg is inspired by the legendary Baja California buggies and falls with numerous off-road applications in the eye. Audi presents the two power pins Audi RS 6 Avant and Audi RS Performance 7 Sportback performance with each 445 kW / 605 hp that will bring out their V8 ever 700 Nm of torque, but also create 750 Nm overboost. Porsche introduces the Cayman Clubsport GT4 a new base for motor sports before: 283 kW / 385 hp to retract at the Nürburgring points, for example, also in the VLN Endurance Cup.

Nissan introduces the Infiniti XQ30 before the counterpart of its sister model Mercedes-Benz GLA and the Audi Q3 and BMW X1. The Ford subsidiary Lincoln engages with the Lincoln MKZ in the luxury class: 297 kW / 405 hp 3.0-liter V6 with all-wheel drive. Range Rover Evoque shows the Cabriolet; great role model for a cool model of premium X who have already delivered a thumbnail to the closed Evoques and the Jaguar XE, on which we reported in the accessed via this link items.

The entry-level car from Lamborghini

Cool models are certainly also the Lamborghini LP 580-2 Huracán, the new entry-level model among the Italians, which only has a rear-wheel drive. The power has been reduced from 449 kW / 610 hp to 427 kW / 580 hp. New driving modes, a firmer suspension, a tighter steering according to factory specifications and a lower weight could ensure that the LP 580-2 is perhaps even better sports car; similar compared Cayman vs. 911 / 991st

Outside the newcomer received a redesigned front spoiler and new 19-inch wheels. It starts from 178,500 euros. But also the larger sister models LP 610-4 Coupé and Spyder received a facelift, so new model cars will soon bring forth. These celebrate in LA of course many innovations Premiere, which are intended for the US market. More and model car we deliver in the next articles in our blog. Until then: Have a nice weekend.