The collectors are sometimes pretty lucky; resourceful professionals find the most hidden loophole in the display case: The Z4 BMW Team Schubert. 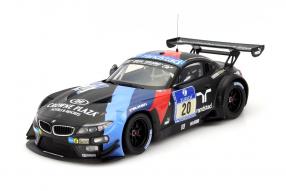 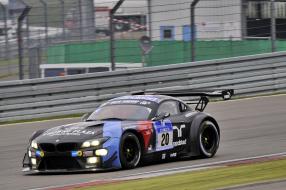 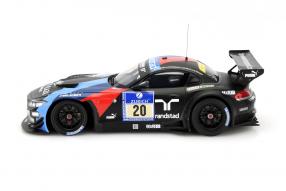 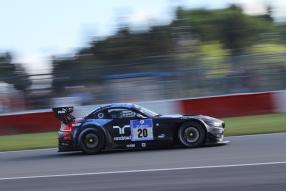 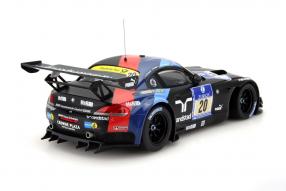 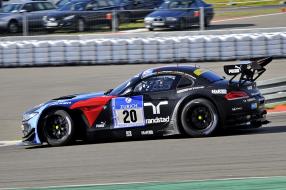 There are many model cars from racing series of our continent and beyond. But most of the time its the cars that have reached the top places of the general classification and their drivers who are at the top of the podium at the award ceremony, that are miniatured. But park Want a collector a full starting grid of a race in his cabinet or rebuild a diorama, it can quickly happen that the back rows of the grid are the the missing miniatures.

Good thing there are companies such as CK-modelcars and modelissimo who enter at their own risk and a lot of effort in finding and researching the matching model cars in order. The BMW Z4 GT3 2013 Nürburgring 24 Hours of BMW Team Schubert is a model that was not yet available from Minichamps. With Minichamps together the two Model car dealers have closed this gap.

Race cars that pass the famous 24 Hours of Nürburgring, the Nimbus adhere to to be something very special. The legendary Hatz in the Eifel wrote heroic stories, because to keep a car over this distance running, require superhuman dedication of all those involved in the operation - people and technology are required to the utmost. The 24 Hours Nürburgring in 2013 was the 41st edition of this competition in the Eifel and took place from 17 to 20 May-2013.

For the first time and justified in the Whitsun weekend, the race did not start on Saturday, but on Sunday at 17:00 clock; the finish took place on Whit Monday at the same time. A timing with far-reaching consequences: The DTM drove parallel a race at Brands Hatch / England, so the DTM drivers could intervene only in the course of the race in the event.

Our model: Successfully on the 6th Place

Audi driver Mike Rockenfeller and the BMW drivers Augusto Farfus and Martin Tomczyk came from Brands Hatch; Last year's winner Marc Basseng from Salzburg. Farfus might have spared himself the trip to the Nürburgring, because his BMW Z4 GT3 with starting number 19 had already left at the time of his arrival at the Nürburgring.

Tomczyk was luckier: The sister car, the car with the start number 20, was successful in this regard. The BMW Z4 GT3 BMW Team Schubert with drivers Claudia Hürtgen, Dirk Adorf, Jens Klingmann and Martin Tomczyk came after 87 laps, ultimately to the 6th place in the overall classification. The victory in the final classification took the team Black Falcon with its drivers Bernd Schneider, Jeroen Bleekemolen, Sean Edwards and Nicki Thiim on the Mercedes-Benz SLS AMG GT3 with start number. 9

A place at the top of the podium has also earned the model car from Minichamps, which traces the look of the model exactly. The proportions of the finished resine plastic model perfectly match those of the model; in relation to the prints and decals, the team of engineers has delivered very good work around Paul G. Lang and Romy. The doors and hoods remain tight, that's when using the polyurethane casting resin as the main material of a model, unfortunately, of course, but does not detract from the appearance of the miniature.

The hit is the filigree reproduced, openwork (ie see-through) mesh panels at bow and stern. Those who wish to make this exclusive, limited only 500 units jewel German model car culture in the cabinet, which should open the throttle and make as quickly on the way to one of the two dealer that the tires only squeal like that. Well, or just walk the path of online besetting: Each in its own way, but the main thing, the gap in the collection is closed.