With the cars of Philipp Eng, Joel Ericsson, Bruno Spengler and Marco Wittmann are in great demand again as diecast-modelcars in scale 1:18 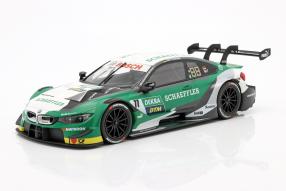 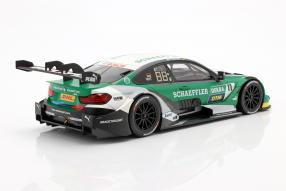 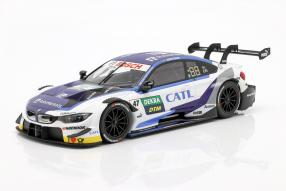 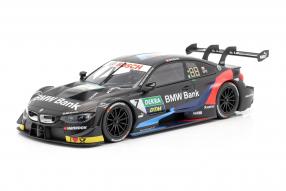 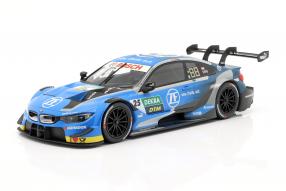 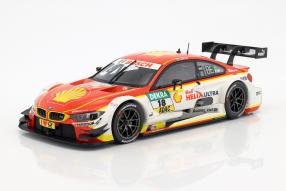 The team which is responsible for purchasing goods at ck-modelcars.de made a good catch, winning a title in the DTM, so to speak: The BMW M4 from the DTM of the year 2019 in format 1:18 again in the program and all this at attractive prices! The collectors can save 20 percent, in addition to the 10 percent discount that is still valid until mid-March 2021 as part of the wintersale. The modelcars come from the manufacture of the label Norev and know how to convince in appearance, processing quality and detailing. They were made from diecast; the plastic add-on parts such as the front apron, splinters, sills and the massive rear wing are excellently integrated into the overall composition. A wonderful opportunity to fill in gaps in the collection with these miniatures or to open up a new topic.

The modelcars by Joel Eriksson, Marco Wittmann, Bruno Spengler and Philipp Eng are now available. The Austrian Philipp Eng was the second most successful driver in a BMW after Wittmann and ended the 2019 season in sixth place in the overall standings with 144 points: winner René Rast in an Audi scored 322 points. The 2019 DTM season will go down in motorsport history as the 33rd season of a DTM. From 1984 to 1996, experts understood this to mean the German Touring Car Championship, which worked with touring cars based on production bodies. In 2000, the DTM was re-established as the German Touring Car Masters, but technically it relies on sports car prototypes with attached touring car bodies, so-called silhouette vehicles. The 2019 season was the 20th since it was founded and comprised 18 races.

And this at nine race weekends. The DTM is organized by the German Motor Sport Federation and the ITR. After this little excursion into the history of the DTM, we now want to take a look at the BMW M4 DTM in the way Philipp Eng, Joel Eriksson, Marco Wittmann and Bruno Spengler have driven it in 2019. The fact that the racing cars used under the name M4 coupe are based on a standardized monocoque made of carbon fiber-reinforced plastic CFRP, in which a 120-liter fuel tank is integrated, is what fans see less than from the true-to-scale replica of the roll cage. The details of the front apron, the replica of the headlights and splinters are outstanding. The appearance of the models corresponds perfectly to that of the role models; the lines of the attached body and its extreme flared fenders are precisely met.

The combination of the four-cylinder with a displacement of 2.0 liters and a turbocharger, which provides 456 kW / 620 hp, which was first used in 2019, can only be guessed at in the modelcars, as mentioned: the doors and hoods of the miniatures from Vaulx-en-Vaulin not far from Lyon remain closed - this does not detract from their attractiveness! Just like the surface finish of the modelcars for Philipp Eng's car, the black look of the BMW Bank, in which BMW Team RMG / Reinhold Motorsport GmbH launched the Canadian racing driver Bruno Spengler, is also impressive. Although the focus today is primarily on the 2019 season, the editors do not want to hide the fact that Augusto Farfus' 2016 BMW M4s are still available, which collectors can get hold of at an even lower price. One last chance to get a great deal!