Norev brings wonderfully produced modelcars to one of the most popular original Mercedes, the Mercedes-Benz 200 of the model series W115 in 1:18 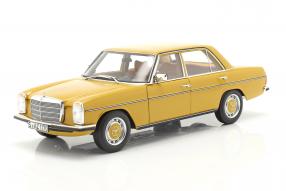 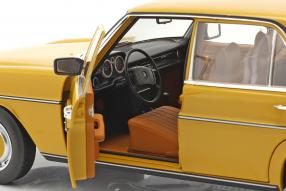 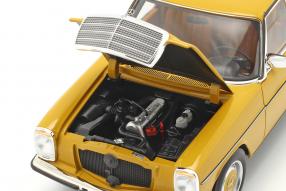 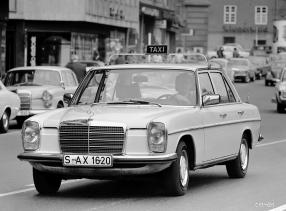 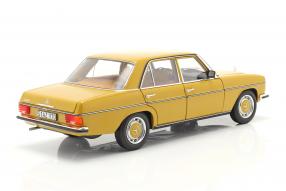 Dear fans of the automotive miniature works of art, the year 2020 is irrevocably drawing to a clos! How often have you heard at this point in time that it was an extraordinary year? Yes, the corona crisis. As hard as the consequences of the pandemic weighed on us in the last few months, the team at ck-modelcars.de can consider itself lucky to have you as a customer! Many thanks for your loyalty! With the modelcars of the Mercedes-Benz 200 of the W115 series from 1973, we want to introduce you to beautiful miniatures in the last blog article before Christmas, which the editorial team is turning to for a very specific reason: How many of the role models belonged to our fathers? For how many of our older people was this limousine, which was built in an edition of around two million units, the dream car par excellence?

Memories on loved people, who may no longer be with us; Memories, as they come to the surface of our thoughts especially at the pre christmas time and for the christmas days. Triggered i.a. also through modelcars like this one: Memories are awakened with a W115! The role model for these miniatures rolled off the production line from 1967 to 1977. The vehicles after the facelift of the 1973 model year were referred to as the “second series”. We quote: The front triangular vent windows have been eliminated, the air intake has been changed, a wider and flatter radiator grille, the position of the license plate redefined, the ribbed taillights of the S-Class W116 appeared, exterior mirrors adjustable from the inside, wide trunk handle, revised interior fittings torque converter instead of hydraulic clutch in automatic transmissions.

At the modelcars, Norev also replicated the new roof gutter in sahara yellow, which has been pulled down to the fender since 1973 and thus kept more rainwater away from the side windows. At the models with item number 183771 all details are included! All four doors, the trunk and the engine hood can be opened, as usual with classic Mercedes-Benz by Norev. Under the hood is a multicolored four-cylinder; six-cylinder could only be found at the series W114. The interior has a similarly high level of attention to detail as everything else about these miniatures, which have steerable front wheels and are only built in an edition of just under 1,000 pieces. The team at ck-modelcars.de wishes you a lot of fun with it and a "Merry Christmas"! Stay healthy!