The modelcars built from diecast by KK-Scale awaken memories of the very popular little car from 1980, which has waived everything unnecessary 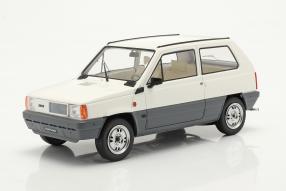 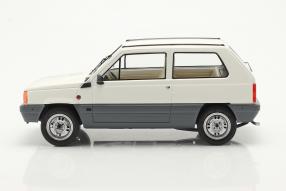 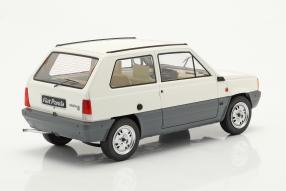 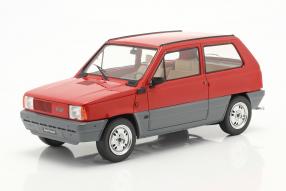 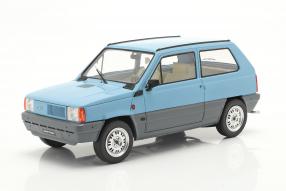 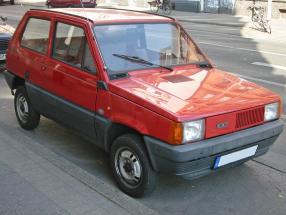 Four million customers were able to inspire the first generation of the Fiat Panda from 1980. The "great box", as it was called in the commercial, is characterized by having become an affordable Volkswagen through its minimalism. The abandonment of everything superfluous, the reduction to everything essential - that was what the Italian small car had in common with the Citroën 2CV and the Renault 4. Who doesn't remember the camping chairs Fiat sold as car seats? The Panda was available as a three-door model from 1980 to 1996 and was even more fun to drive in the city if it had a folding roof. However, without this, the label KK-Scale brings three modelcars that the modelcar manufacturer delivered to the Fiat Panda last week. Nevertheless: You met the charm of your role model exactly.

And the line managment of the very first Panda is perfectly made by KK-Scale. Indeed, the mold makers also had it a little easier, because designer Giorgio Giugiaro designed the type 141, which he designed and described as a household appliance on wheels, weighs 700 kilograms and is angular and smooth; taken to extremes with flat glass panes. Under the bonnet, which is shown closed on the modelcars, three drive sources were available: An air-cooled parallel twin with 650 cubic centimeters from the Fiat 126 with 22 kW / 30 hp and two water-cooled four-cylinder with 847 or 903 cubic centimeters and 25 kW / 34 hp or 33 kW / 45 hp. In the same form, Fiat sold the Panda in Spain under the seal of the Group subsidiary Seat, which at the time belonged to the Italians: reproduced by KK-Scale in the light blue version with the item number KKDC180253.

KK-Scale produced 1,000 pieces of it; from the red Fiat 30 it is 1,250 pieces (KKDC180521) and from the white version Panda 45 750 units (KKDC180522). In terms of their finish, the miniatures are in no way inferior to higher-priced models of more expensive models: We are just as enthusiastic about the replicas of the slots in the front bumpers as the design of the windscreen wipers and plastic paneling. The rain gutters and the small interior ventilation are meticulously retold. Steel disc wheels, the threads of the rear window heating (there was so much luxury after all) and the thin exhaust pipes couldn't be improved. The interior, too, with the seats and the dashboard, is perfectly crafted. As mentioned, the advertising called the classless two-door hatchback a great box - we think the models correspond to that!