It was the first super sports car from Japan and the ancestor of more than 80 sport coupe-rows: Matching modelcars in scale 1:18 come from Autoart and Triple9 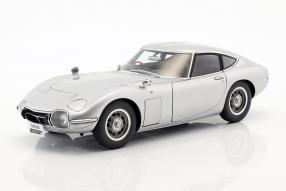 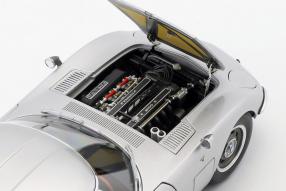 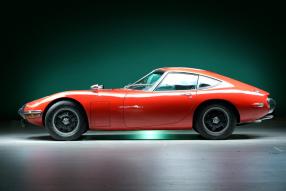 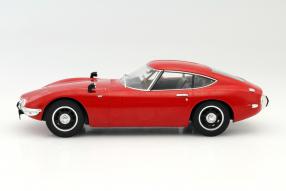 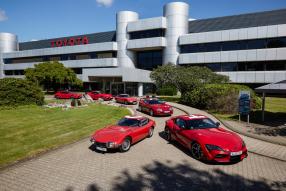 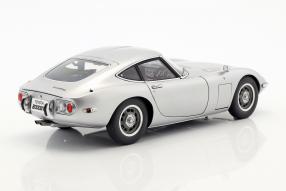 Even before the start of the series, the excitingly drawn Gran Turismo wrote automotive history as the fastes samurai. At first with the record-breaking short development time of just ten month, which was realized by a team of Toyota and Yamaha engineers. Then with three world and 13 class records at high speed drives in Yatabe near Tokyo and finally the Toyota 2000GT, launched in 1965, crowned this record with sensational motorsport successes. But that's not everything of the fame the Toyota 2000GT had before it arrived in the dealers' showrooms in 1967. There was still a very special 2000GT that was transformed into a spectacularly fast roadster and then took on the automotive lead role as the vehicle of the secret agent James Bond in the 1966 production of “You Only Live Twice”.

That the modelcar manufacturer Autoart - own spelling AUTOart - builds the best modelcars in their price range, always becomes recognized by the collectors when they open the hood, under which the engine is hidden: The drive plant is also replicated very detailed and with various colors at the Toyota 2000GT coupe 1965 and is an absolut highlight with the item number 78752 in silver. Under the endlessly long-acting bonnet of the prototype, the most modern 2.0 liter six-cylinder engine in its class with 110 kW / 150 hp at 6,600 revs at the time worked with two overhead camshafts and spark plugs arranged centrally in the hemispherical combustion chambers. The replica of the engine is so brilliantly successful that our eyes get wet with emotion when we look at this small work of art.

An interior true to detail with numerous, chrome-plated instruments and steerable front wheels complete the perfection, in which the miniatures built from diecast appear. In addition to the engine hood, doors and tailgate can be opened, too. The interior paneling scores with prototypical openers and armrests. The makers of the prototype, which was developed in just ten months, can be proud of these modelcars. Regardless of the uniquely high pace at which the Toyota 2000GT was developed, it remained that almost every tiny technical detail of the car was rethought or reinvented with unrivaled effort. The dashboard, steering wheel and gear knob of the super sports car were equipped with precious, deeply shiny rosewood, which reproduces Autoart in high quality.

A very hard, dense and also brittle wood that runs the risk of tearing under the sun or heat. But the wood specialists from piano maker Yamaha found new processing paths for the veneer to prevent this. Even the glass production was revolutionized, because the coupe was the first Asian car that received a curved panoramic glass front window. The painting of the racing car was carried out as well as the production in lovingly executed manual work - for the first time there were no color differences between painted metals and plastics. Despite all the efforts, only 351 units were built in the three years of its production. Nowadays, collectors pay seven-digit prices for the first image bearer from Toyota, which made global headlines as an ambassador for the Janpanese automotive industry and wins further fans through the fantastic modelcars.

Here: Click to the modelcars of the Toyota 2000GT