Carlos Sainz is likely to apply as a hero of Sochi, then after a serious training accident he had had the chance of getting a top ranking. 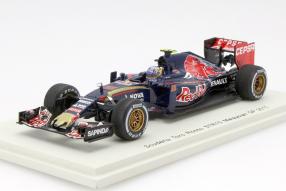 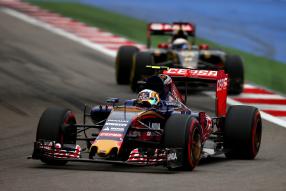 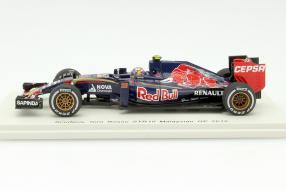 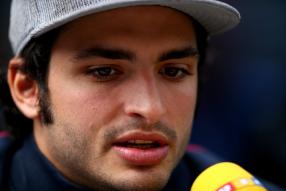 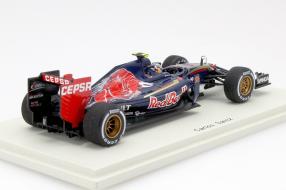 On 25 October 2015, the formula 1 is in Americans Austin Texas. So it won't be quiet for the racing team the next couple of day: cargo has to be loaded from Russia and shipped across the ocean. But the racing teams Red Bull and Toro Rosso have yet to solve a far more dramatic problem than the trip to the US may ever be. They need engines, because after the cooperation with Renault in reference to the current drive sets is rather dissapointing. The successful cooperation between Red Bull and Renault is on the cliff. Starting 2016, the teams are without motors. All this because Renault wants to buy the Lotus team and remodel the factory team. Much more affected by all these problems is the team Scuderia Toro Rosso, the little sister of Infiniti Red Bull Racing.

Red Bull has nevertheless already won with Sebastian Vettel 4 times the drivers' championship, but the smaller team Scuderia Toro Rosso nothing. That has always been so, because the established in 2005 from the former Minardi team based in Faenza, which first appeared in 1985 in Brazil never had money. Dietrich Mateschitz of Red Bull bought it and renamed it to Red Bull, but just in the language of the home team - Toro Rosso, Red Bull.

Up until 2009, Toro Rosso was able to build his racing car on the race cars of Red Bull of the preceding year, but since 2010 that is no longer authorized; own chassis have to be used. In the meantime contemplated sale Mateschitz dismissed and left the team to the Red Bull family. Team boss Franz Tost is the Austrians, Technical Director James Key the Briton.

After 181 driven races, since Bahrain in 2006, Toro Rosso can only boast about a 6th place in the 2008 Constructors 'Championship and an 8th place in the 2008 drivers' championship as the best result. Only one pole position and a victory in all these years; no appreciation for the balance sheet. The 2014 season ended Toro Rosso with 30 points as 7th. The Constructors' Championship; 2015 starts with the team after the Grand Prix of Russia last weekend with 45 points on the same placement.

In the cockpit currently sitting the Dutchman Max Verstappen and Spaniard Carlos Sainz jr., Which are listed with start numbers 33 and 55. With 33 and 12 points, they occupy currently the 12th and 15th rank in the driver standings. All in all, not the dream results that has the manufacturer of racing engines waiting in line. But maybe it would be possible with Renault. Nothing is set in stone. But the drivers are fighting like the main characters of a heroic saga, as seen in Russia.

Saturday afternoon the 21-year-old Sainz, after an accident on the backstretch of Sochi Autodrom, was in the hospital. He flew with 150 kilometers per hour in the barriers. Though night the mechanics built the str10 up again. From last place on the grid and with a new engine, he drove up to the 35th round on the 7th Place. 10 laps later he was forced to retire because of the failure of the brakes. 10 seconds before Daniil Kvyat's Red Bull, who finished the race in 5th place.

The model cars that have it in them. Spark has transferred the str10 perfectly in the scale of 1:43. Especially the filigree front wing we find class for the mold maker must have taken a lot of time. The decoration was correct at Malaysia 2015. The dedication, has decreased with the Spark, the front-axle design, the model makes it a must-have piece.