After looking at the news about the toy fair from Fürth, we also want to look a bit bigger and from tractors 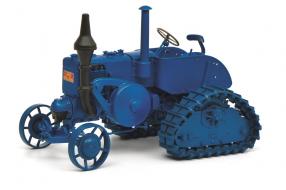 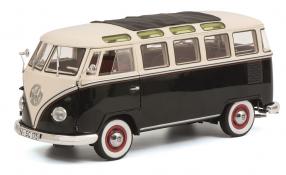 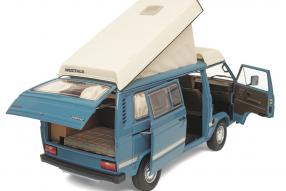 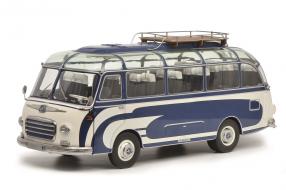 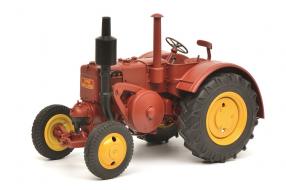 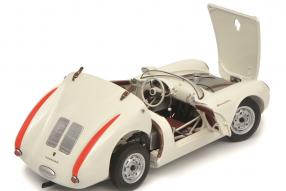 The day before yesterday we took a look at the model car novelties in the 1:43 , but today we want to show our fans and friends in the so-called Bburago size what they have to look forward to. Schuco has had much success in recent years with miniatures on the subject of VW Bus. On this track, the label wants to move on and provides with the model for Sambabus a real work of art on the wheels. All doors and hoods can be opened and give a view of an almost luxurious ambience free, because the color choice red / black the Schuco has met, leads to a really high-quality look. The opening double wing door on the side of the inside is wearing such colored panels that visualize what we mean. The model is made of die-cast zinc, should weigh one kilogram and be 23 inches long.

To emphasize explicitly, we have to say that the roll roof works and is made of cloth; at least according to current knowledge. Together with the careful craftsmanship of the window frames, the processing of the model car as a whole and the knowledgeable replica of windscreen wipers, exterior mirrors and attachments, Schuco manages to particularly inspire us for this model car. When Sambabus with the nickname winter sports is no different. This model gets even more features with skis, suitcases and roof racks on the roof and is limited to 750 instead of 1,000 pieces, unlike the previously described model. This number will also give the VW Westfalia T3b Joker, which receives a fold-up roof.

As we have described in this blog, NZG has landed with the VW Multivan of the latest generation in the scale 1:18 a real hit. Schuco now closes the gap to the latest issue and is dedicated to the T4b, which will come as Westfalia camper with high roof and as Caravelle to collectors. We perceive that as really good news, because the internal T70 and built from 1990 to 2003 built bus and van is still very popular and is a sought after second hand. Schuco opted for the facelift, which has been sold since 1996. We expect that the 26.1-centimeter-long and 1300-gram Diecast model car as well as the T1-T3 will have all-round doors and hoods.

But 1:18 in Schuco's program, i. not just Volkswagen. Limited to 750 units, the Setra S6 goes into extra time, appearing in the color blue and white. This means that we can again expect a fantastically beautiful two-color paint, which harmonizes with the numerous chrome applications and the panoramic window optics. Rear doors and entrance are to be opened. With 37 centimeters and 1.7 kilos, the S6 sets in every showcase a very special accent. Those who prefer to hunt will like the Unimog U 401, which, like the Setra, will be limited to 750 units. On his back there is a replica of a wild boar, which, fortunately, still seems to live, following his ears and his eyes open. Fans of high-quality model cars will love the Porsche 550 A Spyder in 1:18 format.

A topic that was not for everyone, but enjoys increasing popularity, that is that of agricultural machinery. Schuco has with the Lanz Bulldog half caterpillar a visually true heavyweight in the program for 2018, painted in blue and limited to 1000 pieces, but at 19 centimeters in length only weighing 500 grams. Like the half-caterpillar, the K.L. Bulldog made of metal; as a model also the same data and provided in the same quantity for production. Not quite as off-road, but similarly high-legged models to the Mercedes-Maybach G650 Landaulet, the Schuco also in the product category Pro.R18 takes over, as the studies Maybach 6 Coupé and Cabriolet; the latter like the Landaulet in 500 copies. From the coupe, there will be 750 pieces. We believe that Schuco will have a good 2018 year with this role model.