Set up in a display case equipped with many models, we are contributing to the special show of the VDA and AvD in Hall 6.0 at the 67th IAA in Frankfurt. 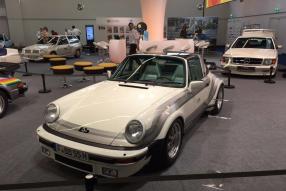 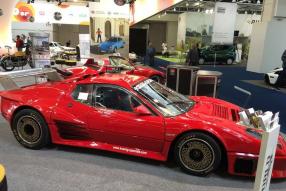 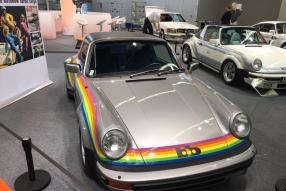 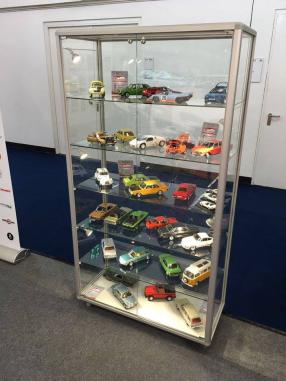 The 67th International Motor Show IAA for Cars will take place from September 14 to 24, 2017, under the slogan "Experience the Future". But not only the latest cars from Mercedes-Benz, Porsche and all other groups can be visited, but the IAA also makes it possible to travel back into the 1970s, when the topic of individualization of cars was still driving colorful blossoms: fox tails on the antenna , Flat-chimney conversions to Porsches nine-ounces and colors, as they are not conceivable today. Whoever likes can be put right back into this age within the framework of the Oldtimer special show "Die wilden 70er Jahre" from the Automobile Club of Germany and the Central Association of German Motor Vehicles in Hall 6.0 of the IAA: love, old friends will welcome him there.

The show, open until September 24, 2017, daily from 9:00 am to 7:00 pm, shows the cars we have once turned around. But it is not limited to the 1970s, but also presents some of the most exclusive and unusual tunic copies of the two decades that follow. AvD and VDA have, for example, rolled wagons from the Frankfurter Schmiede bb Auto Exclusiv like the Porsche 911 with a rain gutter corridor, but also selected vehicles from the Hamburg styling garage and Irmscher Tuning for the exhibition. Fans have said that this special exhibition is the highlight of the IAA 2017. Perhaps also because the creativity of the industry in terms of tuning is no longer in demand because the customer taste has changed.

At that time, the tuning companies built lush front and rear spoilers, as well as widening of mudguards and swellers, as we can only see today at Rauh Welt Begriff. Ck-modelcars has also donated vehicles from this time to the IAA, but in the form of contemporary models in a special showcase. Pretty representative of the 1970s - the VW Beetle in the version yellow-black-racer over the time-long-running NSU Ro 80 to the first BMW of the 3er series, the E21, which to the image change of BMW considerably and laid the foundation for future success. Just have a look at our showcase, if you need a small change from the many vehicles on a 1: 1 scale. And you can find the fitting models for the IAA at home in our shop. Where else? ;-)