A little retrospective in the last week, in which Sebastian Vettel understood as the model ambassador of his brand. First pictures from the SF70-H in 1:18 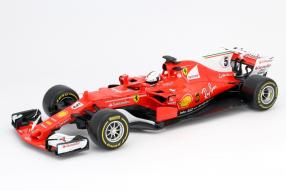 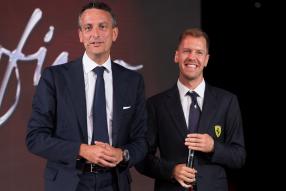 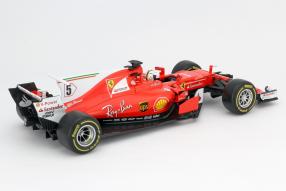 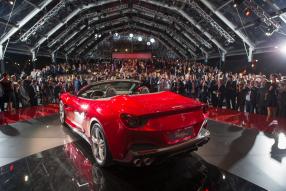 Friends of Formula 1 will certainly have followed the race in Singapore, where our favorite Heppenheimer unfortunately failed due to a start-up accident. As usual in the overall jumpsuit and with helmet on the way, but last week the guests of a special event could even be dressed like a top model. The girls - as we have been told - were delighted by the look and presence of the four-time world champion: Vettel and Group Chief Sergio Marchionne, together with Vice-President Piero Ferrari and the Teamchef of the Scuderia Ferrari - Maurizio Arrivabene, introduced the new Ferrari Portofino, the Successor of the California. In order to be able to make the presentation in front of selected customers, they went to the municipality of the same name 36 kilometers east of Exactly in Liguria.

Portofino and the big Ferrari show

The village of Portofino is known for its exposed position, as part of the Natural Park of Portofino. The picturesque square directly in front of this marina was reserved exclusively for Ferrari and offered for the first time a backdrop for the car moun - tainers, which is almost as much of a car like this: the two - seater is equally usable with its folding roof as coupe and convertible Axle cylinder in front-mid-engine arrangement, which develops maximum torque from its almost 4.0 liters displacement 441 kW / 600 hp as well as 760 Newtonmeter (Nm). The power is transmitted to the rear wheels by a seven-speed dual clutch transmission. The new Ferrari Portofino requires 3.5 seconds at 100 km and reaches top speed of 320 km / h.

The guests drove from Santa Margherita Ligure to Portofino, where they were greeted by a LaFerrari Aperta and experienced the premiere against the background of the city from the sea, from the ferry with which they traveled to Portofino. The car emerged from behind a screen, like magic hands, against the backdrop of the city and its promontory, marked by the red color with the symbol of the prancing horse: the protagonists of the show had projected onto the Castello Brown, the The landmark of Portofino. The fortress was built in the 14th century and is now a museum. After the Galadinner on the square with music and entertainment, the guests were invited to return to the floating platform for a farewell cocktail and a DJ next to the Ferrari Portofino.

The Portofino is celebrating its premiere in front of a large audience at the IAA 2017. We expect modellautos in the 1:43 scale from BBR or LookSmart. But also at Bburago the Portofino with its well-known name is a theme for the size 1:18. The two Ferrari SF70-H from Sebastian Vettel and Kimi Räikkönen, the world champion of 2007. The model cars are characterized by a decent precision, in the form of an impression and a feeling for the successful models. In the quality of their details, they are in no way inferior to the more expensive Modellautos by Minichamps and Spark. We are therefore very pleased that Bburago is once again in the Formula 1 contest. In the next race in Malaysia, Ferrari and Sebastian Vettel will also be back in two weeks, but this Sunday, Lewis Hamilton was pleased with the top podium.