On 29 August 2017 Porsche presented the third edition of the SUV. On this occasion, we look at the models of the predecessors and bring pictures of the newcomer. 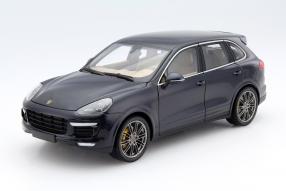 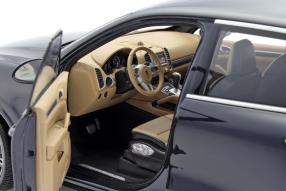 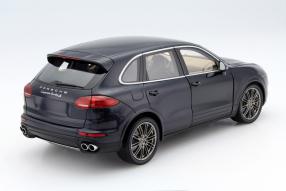 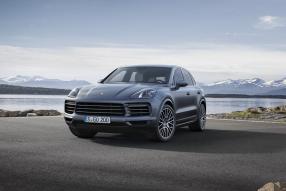 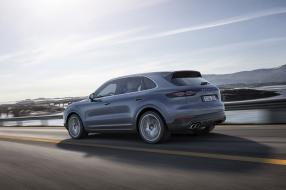 On the late Tuesday evening it was time: Porsche unveiled the new Cayenne, which internally listened to the E3 series designation. The Stuttgart-based car dealer is thus presenting a complete new development of the off-road vehicle, sold since 2002, more than 760,000 vehicles. The car started as type 9PA, received a facelift in 2007 and was replaced in 2010 against the new 92A. Now it is time for a change of generations: the Cayenne III comes in a whole new body with reworked engines. Two new six-cylinder engines are available for market launch: the 250 kW / 340 hp 3.0-liter turbocharger of the Cayenne delivers 29 kW / 40 hp more than its predecessor. The 2.9-liter V6-Biturbo of the Cayenne S, which is up to 265 km / h fast, brings it to 324 kW / 440 hp - an increase of 15 kW / 20 hp. But before we can offer you model lautos as a newcomer, let's take a step back to the camp and see which miniatures are available for the two previous versions.

The Porsche Cayenne was the first sports utility vehicle from Stuttgart. As expected, all well-known manufacturers of Modellautos have rushed to the new. Automobiles on Stuttgart's models promise good sales, but almost everything that the label now brings out is a success in sales. The first Cayenne in the 1:43 scale came as a result from market leader Minichamps, who have launched the luxury five-door under the various engine names. We still have the original version as turbo in silver and Jaramabeigemetallic in stock; To 2.208 copies, but at much lower price than 2002. Just click on the link below for the overview.

The turbo with 331 kW / 450 hp from a 4,5 liter V8 formed the top; Off it went with 250 kW / 340 hp. Later Porsche pushed another smaller VR6 into the program. In the 1:18 scale, we take the Cayenne in the original form of Maisto and Welly; Both miniatures are made of diecast with openable front doors and hoods. We can offer a far greater choice to those who want to fill the gaps in their fleet with models of the second series. Just recently, the two models for the Cayenne 2014 have appeared in 1:43 within the Maxichamps series - the new format from Minichamps - which we carry in yellow and red paint. Slightly more expensive are the white lacquered standard models, which are also better in the finish. The Cayenne GTS of the second generation is painted in Karminrot and also in 1:43 to have.

The Minichamps-Cayenne Turbo S from 2014 in the 1:18 format, which have four doors to open, as well as functioning rear hatches and bonnets, are more opulent. The high stand of Minichamps can be seen on the basis of these models, because from the appearance and the fit of the die-cast zinc parts to the painting of the fan nozzles in the interior to the underbody, the models are an excellent example of how well the Aacheners understand miniatures of Premium automobiles. In Blaumetallic as well as in white also available; Each limited to 504 and 300 units respectively. The version in Umbrametallic is unlimited, is also delivered without opening rear doors, but is a twenties cheaper than the blue one.

We would recommend you to order the blue and white as soon as possible! The Porsche Cayenne GTS, which the GT Spirit has limited to 1,500, is still one of the top ten. In contrast to all other models mentioned above, it is made of Resine plastic and has no function parts. But for a martial-sporty look, which is certainly very good in the showcase. You recognize - whoever wants to make gaps between the generations at the Cayenne has the best chances to do this with us and now.

We are looking forward to the first miniatures of the new Porsche Cayenne, which has gained 63 millimeters in outside length and has received larger air intakes in the bow. All in all, Porsche remained faithful to the appearance of its predecessor, which is consistent with its value stability. The new horizontal light edges make the SUV wider and more athletic. The wheelbase is 2,895 meters unchanged, the roof is nine millimeters flatter. Porsche talks about having the concept of the new Cayenne closer to that of the Porsche 911. Typical for sports cars and for the first time at the Cayenne: the new mixing tires on now at least 19 inch wheels. It improves the stability and the driving dynamics in curves. Optionally Porsche offers wheel sizes up to 21 inches.