With a model car of the mid-size sports car from 1979 in the 1:18 scale the team from Aachen shines again. 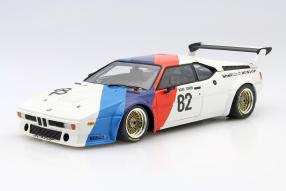 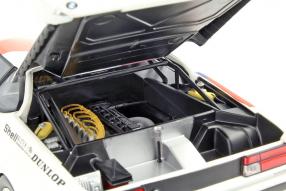 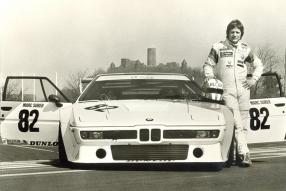 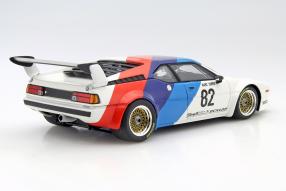 Regular readers of our blog have our frown on the fact that we find only a few models in the Minichamps program, according to brand-new models: New Porsche, Mercedes-Benz or Audi appear at Schuco, Norev, iScale or Herpa. Nevertheless, the Aacheners remain true to their line, to reduce famous motorsporters from the past; Something that they did in the case of the BMW M1 from the year 1979 again top-notch. The Modellauto with the item number 180792982 is limited to only 600 units and is oriented on the task car of the Swiss racing driver Marc Surer within the DRM 1979; Held in the decoration of the Eifelrennen. The 1:18 scale model is made of zinc die-cast: the doors and bonnet can be opened.

What was the DRM?

From 1972 to 1985, the German Rennsport Championship or colloquial DRM was the most important German racing race series and predecessor of the later DTM. Since 1977 there were touring cars according to the rules of the FIA-Group-5, which caused the audience with emotions with spreading fender extensions and spoilers. In the large Division 1, cars with up to 4.0 liters of displacement were started - turbomotors had to have a displacement smaller by a factor of 1.4; In the smaller division 2 to 2.0 liters went Ford Escort or BMW 320 on the track, while in the large category Porsche 935 and Ford Capri Turbo the laurels introduced. But there were also vehicles from the Procar series, the BMW brand cup for the BMW M1.

BMW Switzerland / Heidegger took the BMW M1 in 1979 with Marc Surer to the Eifel race at the Nürburgring, which is the model of the model cartel presented here. On our request, the Swiss motor sportist remembered very attentively: "Yes, the premiere took place in the DRM and I won my class." Appearance and proportions are perfect; The look of the miniature meets the design of the racing car without cause for criticism. Only with regard to the decoration is Minichamps a mistake, because at the Nürburgring the car had a Procar sticker on the upper windshield edge, which is missing on the model. If you can ignore this little detail, the fascination of the 345 kW / 470 HP six-cylinder in-line engine is a fascinating sight. Including wiring, spark plug connectors and liquid containers.

We love the Diecast models, the highlights of which are often hidden under the outer skin. Rolling cage and aluminum tub in the trunk are just as well made details; The service flap in the front remains unlike the civilian M1 of Norev and Minichamps however unfortunately closed. Stiffness is also attributed to the chassis and the gold-colored BBS low-bed rims, which Minichamps has imitated in the well-known quality of the house. On the other hand, the interior is very sparse, but this corresponds to 100 percent of the model, which is more than 300 kilometers per hour. The ex-Surer BMW M1 is to be seen in the above embedded video. As we will continue with Minichamps, we will be able to assess the Toy Fair at the beginning of February.