The 24 Hours of Le Mans was even more daring in the 1950s than it is today. The Jaguar D-Type was created at this exciting time - due to its special design, including the tail fin, it was one of the most striking winning cars in the history of the famous endurance race. 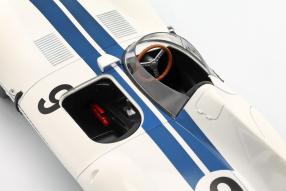 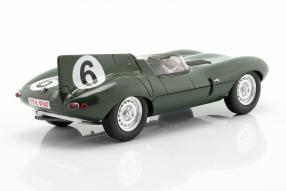 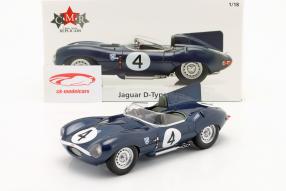 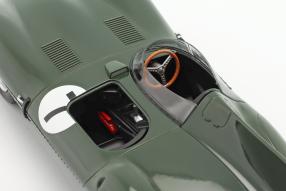 In 1955 and 1956, the Jaguar was successful in Le Mans, as a works car as well as in the hand of privateers. The modelcar manufacturer CMR now has released seven replicas of the D-Type in scale 1:18.

The D-Type achieved its first victory in one of the darkest hours of Le Mans history. In 1955, more than 80 people died in an accident in the start-finish area. While Mercedes pulled back, Jaguar continued. In the end, the two Brits Mike Hawthorn and Ivo Bueb won in the D-Type with starting number 6. The other two works cars of Tony Ralt and Duncan Hamilton with number 7 and Don Beauman and Norman Dewis with number 8 were eliminated. The same applied to the white and blue D-Type number 9, which was entered by Briggs Cunningham and driven by Phil Walters and Bill Spear. These four cars are available as well as the Jaguar that won the 12 Hours of Sebring that same year, which Mike Hawthorn and Phil Walters drove together before the Le Mans outing.

A year later, in 1956, another Jaguar D-Type won the 24 Hours of Le Mans. Ron Flockhart and Ninian Sanderson won for the Ecurie Ecosse team, which did not compete as a works team. The same applied to the fourth-place finishers in the race. The Equipe Nationale Belge team started with Jacques Swaters and Freddy Rousselle and also finished ahead of all Jaguar works cars. CMR has also taken on these vehicles and included them in their repertoire.

In 1957 the D-Type won again in Le Mans. The Ecurie Ecosse Jaguar won again ahead of four other Jaguars in the top six positions. After changes to the engine regulations in 1958, the modified D-Type was no longer capable of winning. The seven CMR models in scale 1:18, on the other hand, are reminiscent of the heyday of the car and shine with a cockpit that is true to the original and the lovingly designed interior.

[22.09.2022] Alfa Romeo's long and thoroughly successful history in the DTM in different designs from the label Werk83 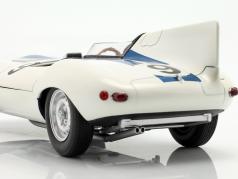 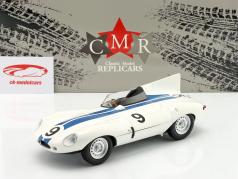 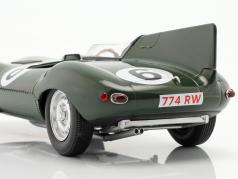 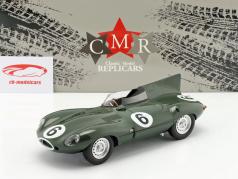 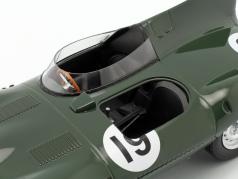 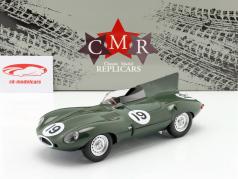 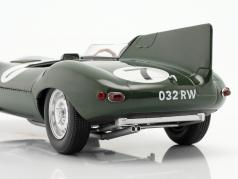 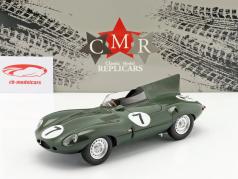 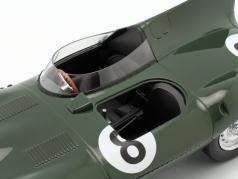 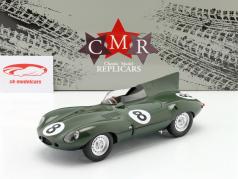 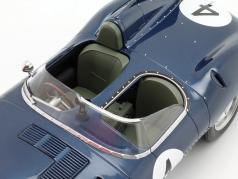 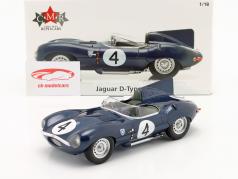 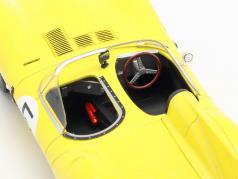 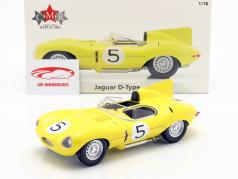